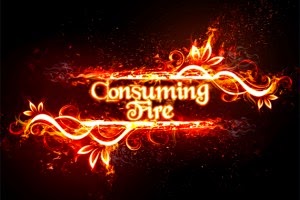 Sounds frightening but it is not...


The last few verses of chapter 12 talk about God shaking the earth and that during that shaking some things can be shaken and some can't.
In the world as we know it there are two kinds of things. Those things which God made and those things which came about as a result of sin. True science, sometimes called hard science, is the study of observable facts, things we can touch and measure. We can touch and work with, observe and measure our material world as it is today. We can't see or touch what it used to be or what it will be when God recreates it.
We do know from studying Genesis that flowers were created by God but things like the thorns on roses never existed until after sin. It requires faith to believe the earth and everything on it began in perfect harmony. That every plant and animal was perfect and nothing caused harm to anything else. We can only imagine a world like that.
For those who believe that dream will one day be our reality "For God has prepared a city for them".
What is my point? Anything that sin has marred will be shaken and ultimately burned. Only what is of God will remain. Fire may seem frightening but fire is just as able to save as it is to destroy. Fire fighters use fire to fight fire. On the prairies when grass fires would sweep across the plains people would burn a circle in the grass around their buildings and/or themselves and that burnt area would keep them from being burned alive by the raging fire. I read of one such instance where a man was out in his field with his son too far to get both of them home so he burned a circle in the grass and told his son to remain in the center while the fire passed by around him. If he were to leave he would die. Then the father raced home on his horse to do the same at home and save his family.
When he returned for his son he was not alone in that circle. Animals had come, rabbits, a fox, deer, birds, all recognizing it was a place of refuge from certain death.
Our God will not allow sin and suffering to go on forever. He will shake out every trace and taint of sin and burn it up but just as he sheltered Moses in the cleft of the rock He will preserve all those who desire nothing but His glory and are finished with sin. When the fire has completed it's work they will stand with Him refined as gold and silver. Only perfection will remain as it was in the beginning?
Sound far fetched? Sure it does. But if you had told your great grandpa in 1920 that the day would come when you could hold a device in your hand that wasn't visibly attached to anything and that device could connect you to anyone anywhere in the world with sound and picture what would he have said?
Technology may be cool but it hasn't solved the sin problem and suffering rages on. Our God is a consuming fire and for that I am thankful.
Posted by Pastor Dan at 08:51