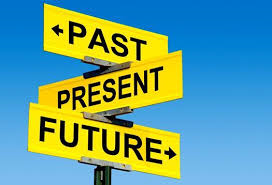 It is commonly said that hindsight is 20/20. I don't believe this is always the case. In simple matters like guessing if an unborn baby is going to be a boy or a girl clearly hindsight is 20/20. Pretty easy to know what your guess should have been after the fact.
However sometimes our view of the past is very skewed. Sometimes we romance past memories and make them better than they actually were. We call this nostalgia. When the Israelites were slaves in Egypt they cried out in their suffering for deliverance.
When a person trapped in an abusive relationship can't take it any more they cry out seeking deliverance.
When a person feels trapped in a dead end job and they realize they can be and do more they seek a way out.
When the Israelites were finally free and faced new challenges in their journey to the Promised Land they cried out again only this time their cry was to return to Egypt...
I've sat with abuse victims who have finally broke free from the toxic relationship that held them and they are crying to return. Why? Why would people who have been through "hell" and made it out alive want to go back? Cry to go back? 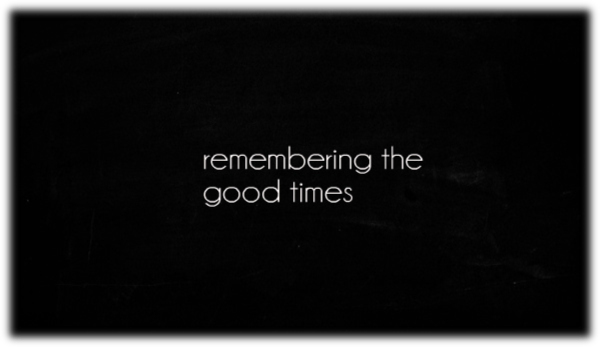 It's quite simple really. We romanticize the past. We develop amnesia about all the the bad parts and exaggerate the good. For the Israelites they forgot the whips and the work and remembered the food. For the abuse victim they forgot the manipulation, the blows, the degrading words and instead remembered only the good moments even if they were few and far between.
The Jewish nation romanticized their history to the extreme. They forgot the fact that the generation that left Egypt never made it to the Promised Land because of their stubborn unbelief. They forgot that Moses was constantly criticized by the people and rejected by many. They forgot that most of their history was marked by rebellious unbelief. They forgot that they killed more prophets than they ever listened to. They forgot so much...
Now at the end of chapter 12 of Hebrews two realities are being contrasted. One is the old covenant of symbols that began at Sinai and the other is the reality of faith in Jesus brought to full view by His spotless life, sacrificial death, and glorious resurrection.
What has been opened to them and made plain is that from the very beginning it was all about faith in the Lamb of God who takes away the sins of the world.
One system is dead end slavery and the other is a wide open door to a Living Hope.
The tragic reality though is that because of present difficulties they are seriously considering going back to the old way, to the bondage of Egypt, the abusive relationship, the dead end job etc etc...
How about us? Are we moving forward even on the hard days when it feels like believing and trusting and waiting is just too hard?
This calls for patient endurance on the part of the saints, who hold on to the promises of God and the person of Jesus.
If it feels like you have to let go think about what and where you will return to. Hold on Today. Consider Him that held on the cross for you...
Posted by Pastor Dan at 11:45