It's time to step back and look at everything we've gone over in Romans so far. There is a crucial element that has been present that you may have picked up on that I haven't really pointed out. It comes to out undeniably in chapter 2:11

"For there is no partiality with God."

Why does Paul say this? What is the context? What is the issue he is trying to address? Well in the 2 preceding verses and 4 times in just over a chapter Paul has mentioned the Greeks. Theses references are not a specific reference to those living in Greece. Before Rome became an empire the Greek Empire ruled the world and the Roman Empire was more an extension of it or more of the same than it was a radically new or different empire. When Paul says Greeks he is referring to the whole non believing world. 3 of the 4 times he says to or for "the Jew first and also to/for the Greek"

Again we need to understand the culture/context. Paul was not writing to us about our 21st century issues. He was writing to the believers in Rome. When Paul says Jew he means "believer". Now the Jewish mindset prior to Jesus was that only Jews had any real hope of being accepted by God. The gospels (Matthew, Mark, Luke, and John) ooze with references to the deep prejudice the Jews had toward everyone. They lumped all of humanity into one class they called gentiles or Greeks. These were to them godless vile sinners.

Then along came Jesus. Radical only begins to paint His picture. He traveled through regions that "good jews" would travel around. He talked with women as if they were equals. He paid attention to children as if they had value. He as we've mentioned already sat down and ate with tax collectors and prostitutes and sinners of all kinds. (Tax collectors were considered evil because they were usually Jewish citizens collecting taxes from Jews to give to the Romans.) Jesus touched lepers. Jesus healed Romans and people from even worse places like Sidon and Tyre. He even traveled across the sea to Decapolis where they farmed swine and healed a demon possessed freak. 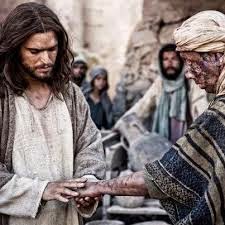 Did you know there is a prayer of a Jewish man in the gospels where he thanks God he is not like other "lesser" men and that he was not born a woman?!

Perhaps now we can begin to appreciate Romans 2:11
"For with God there is no partiality".

Is Paul saying the straight man and the gay man? Is Paul saying the man with money in his pocket and the man with the scraggly beard and the empty cup in his hand? Surely God must have some kind of standard, some kind of line... He does. He allowed His Son to be nailed to a cross and point in which direction His love extended. "For God so loved every corner of humanity that He gave His one and only Son, that whosoever believes in Him will not perish but have everlasting life".

I am a member of a church but God will not check my membership card when He comes and draws a line between those that are His and those who do not want Him. He will not read my "card". He will read my heart.

See the Gospel is radical but Paul was not ashamed. Jesus turned societal norms upside down. Has He changed or have we forgotten? His kingdom has a standard and class distinction but nothing like what we worry about.