It Didn't HAVE To Be This Way 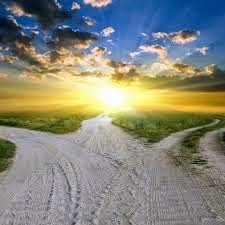 Every day we make choices. Some of those choices open new doors and close old ones. Some of those choices help form the person we will be tomorrow. Some are of little consequence and some of huge consequence. Some could even affect the world long after we are gone. Choices are potentially powerful forks in the road of our life.
Let me briefly review some life altering choices in my own life. I currently live in Grande Prairie, AB with my wife and two children. I never ever dreamed or planned to live here. If you had told me two years ago that I would live here I would have laughed. Let's go back much further though. Ever since I was a child I knew God wanted me to be a pastor. My dad still keeps my little journal from grade 1 when at 6 years old I wrote that I would be a pastor.
At 15 one of my best friends died in a bicycle accident. It shook me and for the first time I questioned God and seriously considered other choices for my future. Had I pursued any of those other choices I would never have met my wife and my children would never have existed. 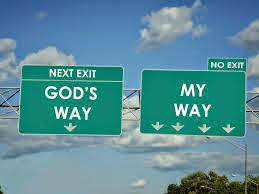 When it was time to go to college and I discovered the financial challenges I again began to reconsider. Had I not believed God would provide I would not have gone and again would never have even met my wife.
I could write all day long about forks in the road of my life but each choice has played a part in putting me where I am at this moment and closed untold other doors along the way.
The key is that every fork in the road was a choice, my choice. Every day remains my choice. I can at any moment alter my path. I could quit pastoring, I could... the possibilities are limitless. All choices.
Just one verse today:
"For the promise that he (Abraham) would be the heir of the world was not to Abraham or to his seed through the law but through the righteousness that is of faith."
Two critical points here: the first is that Abraham's life was not scripted by God. He is known to us through Scripture because of the choices he made. Jesus did not have to be born through his family line. That privilege became a reality because he chose to believe the promise. Had he thrown the promise away because of unbelief God would have offered it to someone else.
Every church I have pastored would have still had a pastor during those years if I had walked away from God’s offer to serve Him in this way. God still would have had someone. There was no script or law written in eternity past that stated I must be exactly who and what I am. My journey thus far has been what it has been because I have chosen to believe. It was the same for Abraham. It works the same for all of us.
The second and more important and more contextually accurate point is that Abraham was not offered the promise based on merit. You have no idea how many times I have looked at myself in the mirror and said "Surely God there must be someone better for this!"
Abraham was not offered the promise because he was a perfect law keeper. You only need to read his life story beginning in Genesis 11 (near the end) to discover he made some pretty serious mistakes and was very much human. Abraham was offered the promise because God offers promises to us all and those who embrace His promises by faith are counted perfect simply by believing He is able to keep those promises.
Following God is not a scripted duty or burden to bear. Rather it is a miracle wrapped privilege to embrace. Grab His promises and enjoy the journey. It ends well. 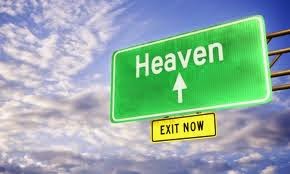 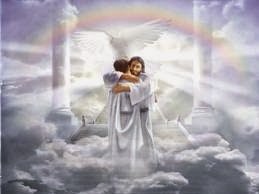