So by a whisker Romans won. We'll start tomorrow or Sunday. For today we'll talk about what I learned in Las Vegas.
First of all I never thought I'd ever go there. Hot sun, casinos, and the exploitation of women are not on my list of things to do. However my brother had to make a business trip there to SEMA which is the largest coolest automotive trade show in the world. To give you an idea of the size there was one building that was about 1 km long and perhaps 1/4 km wide that was all tire vendors. Just tires... I was there 3.5 days and never saw everything. 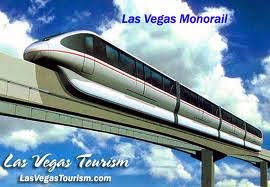 However SEMA is not what gave me the light bulb moment in Vegas. Our hotel was about 3 miles from the convention center. To get there we took the monorail which is essentially an above the roads subway system. To get out of our hotel we had to walk through a mall. On the way back the monorail dropped us off at a hotel. Then we had to walk through the hotel restaurants, gift shops, and casino to get back to the street so we could walk to our hotel. Much of the city was set up this way. To get to where you wanted to go you had to go through what "they" wanted you to see.
The next morning we decided there had to be a better way so we first figured out we could get out of the hotel through a back door to the parking lot. The monorail passed behind our hotel so we followed it to the next stop. The only problem was there was no way to get on. The access to it was again through the hotel and we would have had to walk back out to the main strip, into the hotel, through their maze of casinos, gift shops and restaurants and finally to the monorail.
We stopped on the sidewalk to lament the annoyingness of it all when we heard a firm but quiet voice. We looked over and an older kind looking lady was calling us over. She told us to come with her. She lead us back along the wall below the monorail and to double doors that had no handles. She demonstrated that you push in on one door and then pull outward on the other and then presto, we were exactly where we wanted to be. Turns out there was a much better way.
Then the light went on. Las Vegas is called sin city and it is a model of our world. Controlled and thus designed by satan it is set up in such a way that it seems like there is only one way. Jesus called it the wide highway where the crowd is going. That way is designed to lead you into places that can trap you. They are designed for you to leave with less than when you came until finally you are completely empty.
In our world it often seems there is only one way forward. Whether it is divorce, excessive borrowing, giving into addictions, lying, cheating, manipulating etc... we find ourselves on a path that appears to have only one way forward and that is exactly what the devil wants. He wants us believing His way is the only way.
Our first step toward freedom from that system was our belief there had to be a better way, another way. This lead to a search. The search put us on the path of this lady who knew the path and could see it was what we were searching for.
She represents the role of God's people. We are to look for those seeking a better path and show them Who He is.
Guess what happened after that? We became evangelists. We would see others searching for a better way and we showed them where it was. The whole thing was so liberating that when we had to find another path to a different hotel for a meeting one evening we couldn't be fooled. Getting off the monorail the path funneled the masses into another hotel with its maze of shops and restaurants and casinos. We looked for and found an opening into a parking lot and were back to the street in no time.
Freedom. Choices. An alternative path.
Jesus said I did not come to this world to condemn you. That is the path you are already on. I came to offer another choice, another path. I Am the door to that path. I Am the way. Few find Me, the narrow path, but if you search with all your heart you will...
God is so awesome that He spoke to me even in the darkness of Las Vegas. There is no corner where His light does not shine.
Posted by Pastor Dan at 09:42