Paul wants to go to Rome, the non Jewish, secular pagan capital of the mighty empire to preach the Gospel. That's the technical way of saying Paul wants to go to the largest, wealthiest, most influential city in the world where the main priorities are self advancement and self gratification and tell them about a crucified carpenter from nowhere who thought He was God.
Then Paul wrote these words: "For I am not ashamed of the gospel of Christ for it is the power of God for salvation for everyone who believes, for the Jew first and also for the Greek.
For in it (in the gospel) the righteousness of God is revealed from faith to faith. As it is written "The just will live by faith""
Pastor Dan aren't you kind of beating a point to death here? Day 4 and we're still on basically the same point that Paul wants to go to Rome and tell them the story of who Jesus is and what He has done, is doing, and will do. Shouldn't we be moving on?
Great question and I'm glad you asked. 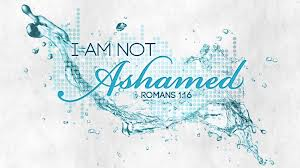 I'm repeating this point over and over so that as we move forward we don't get caught up with our own issues and forget the purpose of this letter. Before chapter one is even over we are going to be covering some inflammatory ground. The very fact Paul wrote "I am not ashamed of the gospel" implies that many were. What he was actually saying is that he is not ashamed to talk about Jesus and His teachings in a city that lives and thinks contrary to almost everything Jesus stood for. Ancient Rome was far from a wholesome place. To go there and talk about following a man who valued service to others over personal wealth and success would be foolishness to them. To go there and talk about a man who taught there was only one true way to live in this world and prepare for the next one was insanity to a culture where everyone chose their own way. Do you remember what the Roman governor Pilate said to Jesus when Jesus talked about truth at His trial? Pilate mockingly replied "What is truth?"
For Jesus there was no such thing as class distinction. A leper was as important as a government official. To the Roman mind that is ridiculous. Jesus talked about sexual purity. Romans lived for sexual gratification in any form.
Let's face facts. Selling Jesus and His values and teachings in Rome is like trying to sell pork chops to Adventists or Obamacare to Republicans or creationism to an atheist.
"I'm not ashamed" says Paul. Why? "Because it is the power of God for salvation for everyone who believes."
Let's break that down in non Christian lingo. Paul says if you allow yourself to be persuaded (believe) that Jesus' way is true and you try it, you will find yourself having the power to live differently than the slavish way you have been. Salvation literally means deliverance.
Think of all the addictions people are suffering from. Addictions are the worst kind of slavery. Rome was full of addictions. Addictions to power, to wealth, to sex, to alcohol, to degrading religious practices. Rome was a mess. When you study ancient history one of the mysteries is trying to determine how, when, and why Rome fell. The truth is the Roman Empire self destructed just as the Western world is doing today. Any nation is only as strong as its citizens. Jesus brings out the very best in people. Sin degrades and destroys people. Paul saw this clearly and knew he held in his hands the antidote for all that was wrong in Rome. They needed Jesus and he was not ashamed to "bring Him there".
What about us? Are we ashamed to bring Jesus into certain places or to certain people?
We'll explore verse 17 tomorrow. A truth so powerful Christians struggle to believe it still. See you then
Posted by Pastor Dan at 10:39