You Who Judge Part 2

Let's jump right in. I want to go a few verses further in Romans 2 today and then reconsider what Paul has said about our descent into sin and the causes of it. Today we begin to see the solution:
Romans 2: Therefore you are inexcusable, O man, whoever you are who judge, for in whatever you judge another you condemn yourself; for you who judge practice the same things. 2 But we know that the judgment of God is according to truth against those who practice such things. 3 And do you think this, O man, you who judge those practicing such things, and doing the same, that you will escape the judgment of God? 4 Or do you despise the riches of His goodness, forbearance, and longsuffering, not knowing that the goodness of God leads you to repentance? 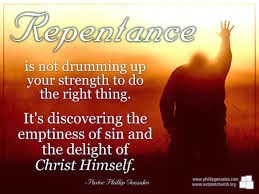 5 But in accordance with your hardness and your impenitent heart you are treasuring up for yourself wrath in the day of wrath and revelation of the righteous judgment of God, 6 who "will render to each one according to his deeds": 7 eternal life to those who by patient continuance in doing good seek for glory, honor, and immortality; 8 but to those who are self-seeking and do not obey the truth, but obey unrighteousness--indignation and wrath, 9 tribulation and anguish, on every soul of man who does evil, of the Jew first and also of the Greek;10 but glory, honor, and peace to everyone who works what is good, to the Jew first and also to the Greek. 11 For there is no partiality with God. 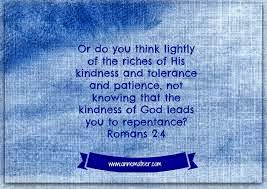 Are you catching who Paul is speaking to primarily? He is speaking to the one who judges others. Verse 4 is fascinating. He says "or do you despise the riches of His goodness, forbearance, and long suffering, not knowing that the goodness of God leads to repentance?" In other words the very fact that you look down on others who have different struggles and temptations than you do and judge them for it proves that you know nothing of the goodness of God. Accusing others is a demonic trait. Satan is the accuser of the brethren. If you find yourself in the judgement seat you need Jesus. If you find yourself putting others down in an attempt to make yourself look or feel better you need the Gospel!
Think about it. Do placard carrying "christian" gay bashers look anything like the carpenter from Nazareth? Didn't he go out of His way to lift up the fallen? Wasn't Jesus accused by the church leaders of being a glutton and a drunk and a friend of tax collectors, prostitutes, and sinners? He ate with them. He talked with them. He offered hope and healing to them.
God is described by three words in Romans 2:4
Goodness - literally a kindness that serves others
Forbearance - literally delays judgement or punishment
Longsuffering - literally delays anger
Fascinating. So the God of the universe who is infinitely holy and good treats sinners with a kindness that seeks to serve them and delays their punishment and withholds His anger. While He is doing that humans full of sin and far from holy who claim to be His followers run around hating and judging and displaying anger toward other sinners because they sin differently.

Something is wrong with this picture.

First let's examine why God is so "soft on sin". God is serving sinners with kindness and delaying His judgements because He knows their sinning is not the problem. The problem we all have is that we are not persuaded of His love for us. What good would it do to show anger toward and punish a child who is disobeying primarily out of fear and lack of trust? Kind of crazy right? 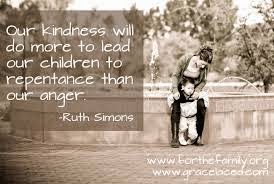 Paul said He was not ashamed of the Gospel because it is the power of God for deliverance for all those that are persuaded. Sinners need the Gospel. They need to experience the servant kindness of God and His unwillingness to judge and punish.
Do you remember the day a woman, likely a prostitute was brought and thrown naked at the feet of Jesus? She was brought to Jesus by the church leaders for judgement. She had done wrong and she was guilty. She herself did not even attempt to claim innocence.
The law was clear. This sin of adultery carried the death sentence. (It is still a crime in 21 US states and carries the death penalty in many countries.) Jesus was asked point blank "What are you going to do about it?"
Jesus did 3 things. He treated her with kindness, He delayed judgement and showed no anger. Why? Because He knew she needed opportunities to be persuaded of His love. Did she do wrong? Absolutely. If after comprehending His love she chooses to continue in a life of rebellion will she face judgement? Yes. However she will be judged for rejecting His love and be given what she wants which is eternity apart from Him.
Radical isn't it? God's Son spent His time here not defending the law and passing judgement but rather persuading fear filled sinners of His Father's love. Then He said to those persuaded "Follow Me". In other words "Do as I do." On the night before His death He told His disciples "They will know you are My disciples if you love as I have loved you."
Radical.
It is not your stance on abortion or LGBTQ or creation/evolution or any other divisive issue that will persuade people they can trust Jesus with their entire lives. If you want to have a Kingdom effect on sinners serve them in kindness and delay all judgements and anger. If the goodness of God does not lead us to genuine change of heart nothing else will either.
See you tomorrow
http://www.christianitytoday.com/…/my-train-wreck-conversio…
Posted by Pastor Dan at 11:49