Did you ever consider we live in a world that is designed to make us cynical, skeptical, and unbelieving? Think about it. As children we are told there is a tooth fairy, a Santa Claus, easter bunny etc... then we grow up to discover it was all lies. The foundation for not believing in anything you can't see is firmly laid. The cynicism/skepticism/unbelief grows more as others lie to us, fail to keep promises, and just generally disappoint us. 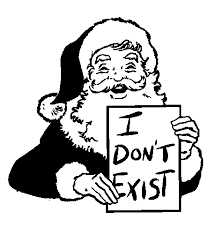 How does one still believe in the unseeable and hope in the unprovable in a world that is designed to crush hope?
The Bible says satan/the devil is both the ruler of this world and the enemy of our souls. He hates God and by association hates us because we are according to the Scriptures the apple of God's eye. He loves us with an everlasting love. He has from the beginning been making and keeping promises without fail. He has been working constantly to shower us with evidence that we can trust Him. What He isn't doing is proving to us His existence and power. Why? Because His creation has always lived by faith and we always will. He will always be God and His greatness will always surpass our ability to comprehend it. As we learned in Hebrews "without faith it is impossible to please Him for all those that come to Him must believe that He is and that He is a rewarded of those that diligently seek Him".
Even though we live in a world designed to make us unbelievers we are not unfamiliar with faith. We have to trust many things from the chairs we sit on to the brake pedals in our vehicles. We trust these things because they almost never let us down. We trust airplanes to stay in the air. We trust doctors with our health although admittedly not as much as we trust a chair to hold us. We trust that special someone to stay beside us forever even though the failure rate on marriage creeps higher and higher. As it does our belief in happily ever after sinks lower and lower...
Consider the end of chapter 4:
21 and (Abraham) being fully convinced that what He had promised He was also able to perform. 22 And therefore “it was accounted to him for righteousness.”
23 Now it was not written for his sake alone that it was imputed to him, 24 but also for us. It shall be imputed to us who believe in Him who raised up Jesus our Lord from the dead, 25 who was delivered up because of our offenses, and was raised because of our justification. 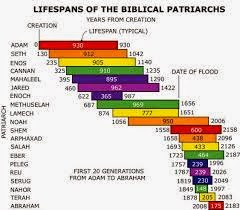 Abraham believed. He was fully convinced. He was totally persuaded. Why? What made Abraham believe in the impossible in a world of skepticism? A mixture of 2 things. First he had evidence that beyond the stars in the night sky there was Someone. He had both historical evidence from those who had lived before him. You may or may not know that Shem who rode out the worldwide flood was still living when Abraham was a young man. He also had personal evidence. God was leading his life and showing Himself trustworthy.

The 2nd thing that made Abraham a believer in a world of unbelief was choice. He chose to take the leap of faith based on the evidence.
His faith was rewarded. The impossible happened. It was all written down for you and I. It was recorded that made Abraham perfect was not his performance but his persistent belief in a God who keeps His promises. 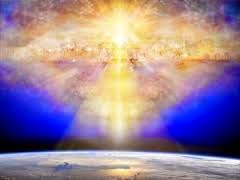 Jesus is the greatest evidence of a promise keeping God. He died to demonstrate God's love and He rose to demonstrate His power. Some day sooner than we think all those who stubbornly, steadfastly, and persistently believe will witness the greatest yet to be fulfilled promise of all. "Behold I come quickly..." - Jesus
See you tomorrow
Posted by Pastor Dan at 09:23