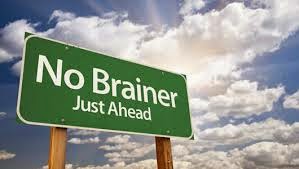 Some things are just obvious. If you are traveling from Toronto to Montreal you take Highway 401. If you are traveling from Edmonton to Calgary you take highway 2. If you are traveling from Canada to Australia you take a plane... you get the picture. Some things are just obvious.
When traveling from Egypt to Canaan there is an obvious route. It goes east along the southern shore of the Mediterranean and then north - Simple, fairly flat, direct - obvious. But when God lead the people out of Egypt to Canaan (using an undeniable visible cloud be day and pillar of fire by night) He didn't take them that way. The people immediately knew it was wrong but what choice did they have if they were going to follow? They did what any of us would do in their place. They grudgingly went the "wrong" way complaining the whole time.
Let's be frank and honest. Sometimes God makes no sense. He is love and all powerful yet he allows children and loved ones of all ages to die of cruel diseases without intervening. He allows vehicles to collide at high speeds killing entire families sometimes. The same God who stood up in a fishing boat and told a storm to settle down allows huge weather events to wipe out entire cities taking thousands of lives.
Atheists watch these things and conclude there either is no God or he is not worth trusting.
Why? Why does God leave himself open to such easy criticism?
5 Therefore, having been justified by faith, we have peace with God through our Lord Jesus Christ, 2 through whom also we have access by faith into this grace in which we stand, and rejoice in hope of the glory of God. 3 And not only that, but we also glory in tribulations, knowing that tribulation produces perseverance; 4 and perseverance, character; and character, hope. 5 Now hope does not disappoint, because the love of God has been poured out in our hearts by the Holy Spirit who was given to us.
Trust is messy. Trust is not learned or developed on a sunny day eating ice cream in the park. Trust is developed in the trenches. You learn to trust the friend who is still there when your health is shot and you have nothing to offer but they are still there beside you.
If we trusted God things would be different... 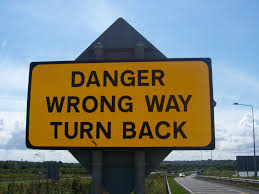 We are told God could not lead the people, would not lead the people on the easy route to Canaan because on that route were large population centers and they would have opposed and attacked the Israelites. The opposition and war would have frightened them so badly that they would have run back to Egypt and back to slavery. They did not yet trust God enough for such opposition so He lead them a more peaceful way for their benefit and endured their complaining. Why? Because He could see what they could not see and acted in their best interest. The route made no sense to them. It was "obviously wrong".


That journey through the wilderness lead to the Red Sea. The Egyptian army was approaching from behind, the sea prevented them from going further. Mountains hemmed them in on the right and the left. Death or at least capture was imminent. If God was almighty or at least competent this would not be happening. It's obvious. Then something no human mind could have predicted happened. A route opened up along the bottom of the sea. It was miraculous. It was clearly a demonstration not only of His power but His love for them. Trust began to grow...
Tribulations produce perseverance. We begin to see and understand that things can go horribly wrong and still end up well in the long run. We begin to trust Him in the storms. Our character begins to develop. We go from whiny complaining brats who balk as soon as we don't understand to steady trusting men and women of God. In obstacles we see blessings are on the way. In trouble we see God must have a purpose we can't fully see... yet. As our trust grows and our character develops we begin to have hope that some day we will get Home. We begin to understand that Home is not as much a place as it is a state of being. It's that state of being where we can allow God to be God and not even blink when He steers life the "wrong way".
Keep hoping. He will not leave you disappointed. See you tomorrow...
Posted by Pastor Dan at 09:47