There Are None So Blind As Those Who Will Not See... 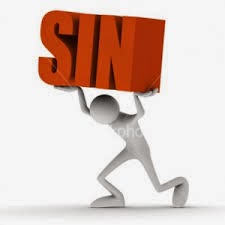 Now what? Paul has spent 8 solid chapters building the case that all of humanity is in the same boat. Our sins have separated us from God and we no longer reflect His glory. Our characters are infected with sin causing us fear and shame and to behave in ways that He never intended.
That's the bad news.
The good news is that we all (regardless of race, religion, language, gender etc...) can be restored. All we have to "do" is choose Jesus and believe Him and we are automatically His. It will take time for the headless chicken of who we were to die and for the new person we are becoming to fully develop but we are His no matter how long it takes. There is no longer any condemnation for those who are in Christ and nothing can separate us from His love!
Sounds like the matter is resolved so why is there a chapter 9 and beyond? Let's go see:
9:1 "I tell the truth in Christ, I am not lying, my conscience also bearing me witness in the Holy Spirit, 2 that I have great sorrow and continual grief in my heart. 3 For I could wish that I myself were accursed from Christ for my brethren, my countrymen according to the flesh, 4 who are Israelites, to whom pertain the adoption, the glory, the covenants, the giving of the law, the service of God, and the promises; 5 of whom are the fathers and from whom, according to the flesh, Christ came, who is over all, the eternally blessed God. Amen."
Paul was born a Jew. Paul was more passionate about his identity as a Jew than he was about God. So much so that he saw this new "Jesus following fanaticism" as nothing more than a threat to Judaism and a cancer to be radiated out of his people and his nation. National pride and religious bigotry blinded him and he traveled all over the land hunting down and imprisoning and killing those he could find who believed in Jesus.
Now Paul has "seen the Light". You can read what happened to him in Acts 9. He has but most of his countrymen remain "in the dark" and it is killing him inside.
Imagine you are dying of cancer. Imagine you are placed in a special facility that claims to have a treatment process that no one else has. You were selected for this place and this plan based on some qualities that you and the others there possess. You are part of the Chosen. The greatest hope and best treatments are available only to you and the other "special " ones. You become close to those in the facility. You are family. You look with sadness and pity at first on those on the "outside". In time as the "doctors" explain why you were Chosen pride grows in you. You develop a sense of entitlement and a feeling of superiority. You are elite.

Over time you begin to realize that for all the "special treatments" etc... no one is getting better. Every once in a while someone speaks out that something is wrong but they are always silenced. If they persist they mysteriously disappear...

Then one day you discover the truth. It is clear, well documented, and undeniable. The facility is a hoax. The "doctors" are deluded. There is nothing special about you and no healing in their treatment! You search deeper and find there is a cure inside the facility but it's not even being used! You try and tell others. They are like family. Some refuse to believe. Others out of fear of the "doctors" won't even listen. You know that if you stay in the facility you are in grave danger but if you leave you feel you are abandoning your family.

Paul was the man with cancer. The cancer was sin. Judaism was the facilty. The teachers of the law were the doctors. Paul became one of them and then discovered the Truth. Now he would do anything to help his "family", even give his own life but they won't listen...