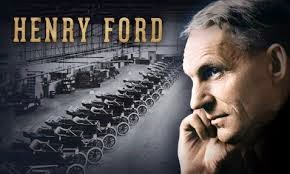 Once upon a time there was a very successful business man who turned the industrial world upside down by streamlining the mass production of vehicles using assembly lines. His name was Henry Ford. Henry wasn't just a ridiculously successful businessman though. He was also a father. He hand his wife Clara had one son - Edsel Ford.

The only way to describe the relationship between Henry and his son was tense. Edsel felt he was always failing and feared standing up to his father. Henry on the other hand was being intentionally hard on Edsel in an effort to make him strong. Edsel kept trying to appease and please his father while his father was waiting for and hoping for some push back. Henry knew that if Edsel was going to take over the business he was going to have to be tough. Sadly his attempts to make him tough only served to drive them apart. It wasn't until his later years that Edsel realized why his dad treated him the way he did that their relationship improved. He discovered that his father's behavior whether the best approach or not was motivated by love not disapproval. Just figuring that out made all the difference. 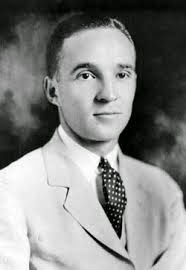 Romans 5:1 Therefore, having been justified by faith, we have peace with God through our Lord Jesus Christ, 2 through whom also we have access by faith into this grace in which we stand, and rejoice in hope of the glory of God. 3 And not only that, but we also glory in tribulations, knowing that tribulation produces perseverance; 4 and perseverance, character; and character, hope. 5 Now hope does not disappoint, because the love of God has been poured out in our hearts by the Holy Spirit who was given to us.
God is our Father. Some do not know this and many of those who do know this don't know what He is like. We go through difficulties and we assume if God is all powerful than He must not care because if He cared He would help. But what if He cares too much to help? What if He knows the very thing(s) in our life that we hate and are trying to pray away is/are the very thing(s) we need?
Trust is the foundation of any relationship. Remove trust and what remains? Trust is not an automatic. Trust is earned and learned through experiences. God knows what we lack most is trust. We do not trust Him. In order to earn our trust He must prove Himself to us. Herein lies the tricky part.
The greatest trust building journey in the Bible is the journey of the Israelites out of slavery in Egypt to the Promised Land. It was a journey of over 40 years. It was marked with highs and lows. It involved near death experiences, drought, starvation, and a myriad of other challenges big and small.
The irony is that God brought them to those difficulties - on purpose. We also know that He spared them from other problems - also on purpose. Sometimes He took them in the opposite direction of where they wanted to go because He knew it would lead to crushing failure but they didn't know it. Their response was to resist and complain about the alternate path He chose for their benefit.

Anyone who is a parent knows it is not for the faint of heart. It involves allowing failure in a controlled environment for the purpose of growth. A wobbly legged toddler must be permitted to fall in order to learn to walk. A teen must be freed to drive and potentially crash in order to learn to drive well. All of these phases of growth require a blend of guidance, boundaries, restrictions, and freedom.
God is our parent forced to parent from an invisible distance. Our lack of being able to see Him causes distrust. Our lack of understanding why we're going through what we're going through causes distrust. Yet God must create the discomfort and the possibility of more distrust in order to bring us to deeper trust. 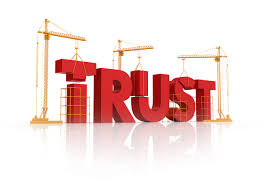 Muscles only grow through use and being pushed. Trust only grows through trials. We learn how dependable a person is by how they relate to us in and through difficulties.
Edsel misunderstood his father. We often misunderstand ours. More on this vital subject tomorrow...
Posted by Pastor Dan at 18:20