Today is extremely simple and short but don't mistake simplicity or brevity as being unimportant. There is nothing unimportant about disobedience. 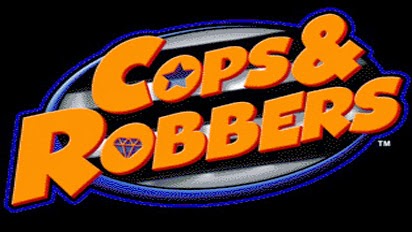 When I was in grade 4 or 5 I had my first encounter with serious disobedience on the school playground. The rule was simple - no playing beyond the school yard. Well after school one day a group of us got the great idea of playing cops and robbers. Being the good citizen I was I was a cop. Our game needed hiding places and the forest beyond the school yard was the only viable option.

Now as I said school was over but there was a 30 minute gap between the end of school and when the buses came to take us home. We were playing our game and having a great time. My friend and I successfully rounded up one of the "robbers" and decided we needed a way to detain him while we searched for his accomplice. Our creativity knew no bounds and we used his shoe laces to tie him to a tree. Off we went to find the other robber. We were scouting through the woods pretending it was the wild west when the bell rang. Off we went to line up and get on the bus to go home...


The next morning I was summoned to the principle's office. This was a first in my academic career and I could not imagine why. I soon found out... It turns out that Adam, the "robber", we sort of forgot and since I was the one who did the tying I was busted. Adam didn't take the bus. Every day his mom picked him up. The principle was not amused when he explained that after 1.5 hours of searching they found Adam crying tied to a tree off of school property. It was a simple rule and I disobeyed. Adam forgave me but I don't think his mom ever did...

My punishment was a month of not being able to go beyond the paved area around the school which meant no playground, no games with the other kids... Now here is our passage for today:

10:16 But they have not all obeyed the gospel. For Isaiah says, “Lord, who has believed our report?” 17 So then faith comes by hearing, and hearing by the word of God.
18 But I say, have they not heard? Yes indeed:
“Their sound has gone out to all the earth,
And their words to the ends of the world.”

That's an ironic twist isn't it. Religion talks much about obeying the law but Paul says the real problem is that we don't obey the good news. What does not obeying the good news look like? It looks like unbelief. See the report that went out to the ends of the earth is that Jesus is the Lamb of God that takes away the sins of the whole world. We either believe this good news or we stubbornly insist on trying to create our own version of "being good".

Imagine if when Adam's mom and the principle found him he said, "Oh don't worry about me. I heard you calling but I didn't call for help because I don't need any. Go on and leave me here. I can handle this myself."

Crazy eh? Today if you hear His voice call for help... the Good News is all we have and all we need.
Posted by Pastor Dan at 13:17