Ephesians 4:1 "I, therefore, the prisoner of the Lord, beseech you to walk worthy of the calling with which you were called, 2 with all lowliness and gentleness, with longsuffering, bearing with one another in love, 3 endeavoring to keep the unity of the Spirit in the bond of peace. 4 There is one body and one Spirit, just as you were called in one hope of your calling; 5 one Lord, one faith, one baptism; 6 one God and Father of all, who is above all, and through all, and in you all." 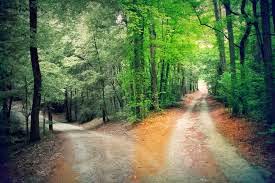 One. It's a small number. It excludes all other possibilities. When you come to a fork in the road you can only choose one way forward. In these few verses the word "one" is used nine times. All those references refer back to One. Jesus is that One. We are to become rooted and grounded in Him. Whenever Paul begins a sentence with "therefore" he is saying "based on what I just said this is the result".

As followers of Jesus rooted and grounded in His love we don't have options. When options present themselves only one of those options is the One option that follows Him. We choose the lowly option because He was lowly. We choose to be gentle because He is gentle. We choose to be longsuffering and bear with each other because He was and is longsuffering with us.
In His final counsel to His disciples before He died for us (lowly) Jesus said to them "I Am leaving you with a new commandment. Love each other as I have loved you. The world will recognize and know that you are mine if you love each other as I have loved you." Of course they were about to find out just how much He did love them...
Back up though... Just shortly before giving this new commandment they had shared the Passover meal together. The meal you will remember was arranged by the disciples. The first "event" when you arrive at a meal was to have a servant was the guests dusty travel worn feet. The disciples arranged the meal and arranged for the water and towel. Everything was in place. The only oversight was the lack of a servant to actually do the washing. Custom was that in the absence of a servant the person who was "least" in the group would serve by washing everyone's feet. 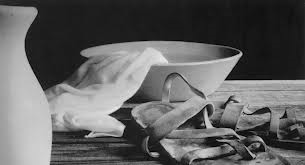 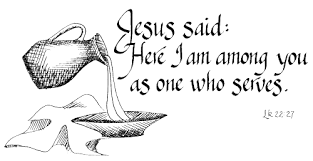 Study the gospels of Matthew, Mark, Luke, and John. You will repeatedly find the disciples fighting over who will become the greatest. You will find them jockeying for position. Meanwhile you find the Creator of the universe and everything in it touching lepers, touching the demon possessed, touching the "untouchables" of society. You find him using his own spit to make mud and touch the eyes of the blind. You find Him laying his reputation in the dust to bring hope to a woman of less than stellar reputation.
Once we are rooted and grounded in His love there remains but One path forward... If the One who is above all became servant of all that One path is clear.
Posted by Pastor Dan at 18:33