You were but now you are...

There are 2 key points in today's short passage:
2:11 "Therefore remember that you, once Gentiles in the flesh—who are called Uncircumcision by what is called the Circumcision made in the flesh by hands— 12 that at that time you were without Christ, being aliens from the commonwealth of Israel and strangers from the covenants of promise, having no hope and without God in the world. 13 But now in Christ Jesus you who once were far off have been brought near by... the blood of Christ." 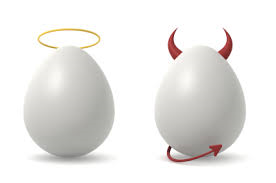 From a Jewish perspective there are two groups of people in the world - Israel and everyone else. The nation of Israel began with promises made to Abraham and also with the practice of circumcision. A key component in the promises made to Abraham was that someone (referred to as the Seed) would be born through his line and this Seed would bless all the nations.

Abraham's grandson Jacob had his name changed to Israel (overcomer) and through his 12 sons twelve tribes were formed and the nation of Israel was born.
Personally I believe the rite of circumcision was instituted to remind the nation that this Seed would come as Isaac came - by the will and power of God and not by human strength. Jacob became Overcomer by surrender, not by victory. In God's plan for our healing and deliverance victory comes by surrender not by human effort or strength.
Circumcision. It was a uniquely Jewish practice and it's necessity ended when Jesus came because that which it pointed to had arrived. Sadly like all practices tied to religion the practice itself was kept dogmatically as a badge of holiness while the meaning was lost. Jews saw themselves as the only nation rather than the ones through whom the Seed would come to bless all the nations.
As a result they were the Circumcision (the Holy, favoured ones) and everyone else (the Gentiles or the Uncircumcision) were at best 2nd class humans and outside of God's favour.
Then Jesus came...
He plowed through prejudice and blew through borders. He healed regardless of who the person was or where they were from. His love knew no nationalities or limits. Suddenly the Good News spilled over the walls of Jerusalem and flooded the world.
Here are the two simple points:
Remember where you came from - a slave to desire and without God or hope
Remember where you are now. In Jesus you are accepted in the Beloved. You are healed and seated in the heavenly places. You are being crafted by Him to be as you were always intended to be - inherently good. Like Him from the inside out.
Posted by Pastor Dan at 09:34