Some would say this is a warning. Some might say it is encouragement. Others would say it is inside information designed to position you for success. I would say it is all three and more.
Just a couple of months before the market crashed in 2008 a business man sold several hotels to another company. When the markets crashed revenues for these hotels plummeted and the company who purchased them sued the business man for selling them. The charge is that he must have had inside information that the market was about to crash.
Many years ago there was a famous series of movies based on time travel called 'Back to the Future'. In one of them a character in the movie uses the time machine to make himself wealthy by betting on sports etc... He traveled into the future and purchased a book with the outcome of years worth of sporting events and then took the book back into the past. He then obviously used the book to place his bets and made a fortune. Who could possibly know he had 'inside' information? 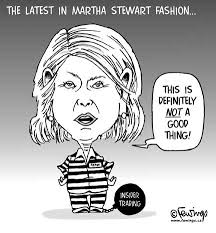 Most famously in recent memory Martha Stewart spent some time in prison for 'insider trading'. What is my point? My point is that what we see and hear and touch in this world is only a fraction of reality. God is opening to us 'the rest of the story'. If we take His warning/encouragement/inside information seriously and implement His strategy for success we will stand when we should have fallen.

What is this inside information? The struggles of life have a background story. The attacks we face which appear to come from other people or random circumstances are not random at all.
Do you remember when Peter argued with Jesus about His imminent death? Jesus was trying to prepare them by explaining what was about to happen to Him. He would have loved to have their understanding and support. He also wanted to spare them from being blindsided by His death. Peter heard the words Jesus was saying but Peter had been taught from birth that the Messiah would not die. Far from it he would be a world conquering king more powerful than David and more successful than Solomon. Armed with a mind filled with error Peter struck back against Jesus' words and declared emphatically "this will never happen to you!".
Jesus replies quite shockingly "Get thee behind Me Satan..."
How would you like to have Jesus call you Satan? Actually he wasn't calling Peter names. He was exposing the true culprit. He was pulling back the curtain to reveal the unseen truth. The errors Peter believed about the mission of the Messiah were errors long established before Peter was ever born. Peter was a victim of Satan's plot to mislead God's people and had no clue. His reaction to Jesus announcement that He was going to die was born out of errors his mother taught him in sincerity.
That's the point here in Ephesians 6. We're in a war older and darker and more intense than we can imagine. We will not win it with cunning intellect, or physical strength, or human strategy. It's bigger than us. Demons with thousands of years of experience in manipulation and lying and deceit are tasked with our demise. They are studying how best to tear our marriages apart, our families apart, our friendships apart, churches apart, and nations apart. 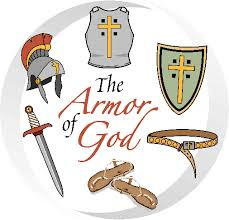 There is only one defense strategy that will work. It is the armor of God. Anything less will lead to inevitable defeat. Tomorrow we will begin to study what this armor is. If you want the inside track and plan on going Home you must have this armor. It is not optional. Call this a warning, call it encouragement, call it an inside scoop. Whatever you call it the reality remains: It is imperative to our survival.
Posted by Pastor Dan at 13:59