Jesus - The Only Role Model

Ephesians 5:33 "Nevertheless, each individual among you also is to love his own wife even as himself, and the wife must see to it that she respects her husband."
I'm going to address something today that is going to seem controversial and even discouraging. However I am also going to give you the tools to study for yourself. 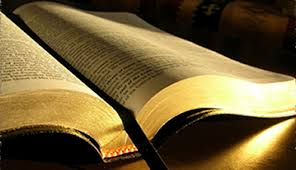 The Bible is the main avenue by which God communicates with us. It is the only avenue we have as a filter for checking whether anything else that might or might not be a message from Him is true. At the same time the Bible can be and is misused and abused. There are two main ways this is done. The first is by picking and choosing verses out of context and using them to say things that God never intended. The second is poor/biased translations of what the Bible originally said.

The Bible was written in Hebrew (Old Testament) and Greek (New Testament). This proves there is no "holy" language. Each was written in the common language in use at the time. This is an important point. God wants His word to be accessible to everyone. Ironically there are still Jews who hold their services in Hebrew as if that is the only language suitable for God. Later the Christian church became primarily Latin speaking under the Romans and still today there are Christians who seem to think God only recognizes Latin even though no part of Scripture was originally Latin to begin with. Still others feel the King James Version is the only suitable "holy" version of the Bible today. This speaks more to our western english ignorance and arrogance than it does anything else.
Here is the rub. By making communication with God through His Word strictly Hebrew or Latin or the King's archaic english Satan effectively took the Bible out of the hands of the common people. I often wonder what "King James Bible only" Christians think French and Spanish and Japanese and Mandarin etc... people are supposed to read...
One more point and then back to Ephesians to illustrate everything I am talking about. The last point I want to make is that translating is no small feat. You have to know both languages like the back of your hand to translate well. You also need to know the mind/heart of the original Author to get the translation right. For this reason our english Bibles are less than perfect. They were pretty much entirely translated by men with a patriarchal bent and by men with a legalistic view of God. These two factors tainted their translations.
Now we will look at Ephesians 5:33 to illustrate my point:
33 "Nevertheless, each individual among you also is to love his own wife even as himself, and the wife must see to it that she respects her husband." (NASB)
Paul spent much longer in chapter 5 speaking to husbands than he did to wives. To men raised to think of women as property he said "Love them as you love yourself. In fact love them as Jesus loves His church! Self sacrificing love!" Then in the english it seems like he concludes the chapter with a final statement to both husbands and wives. However the Greek says something very different. The King James didn't get it right either in case you are wondering. The english idea in every translation I've looked at so far has the idea that men need to love their wives as they love themselves and wives need to or must see to it that they respect or reverence their husbands. The word 'must' or 'see to it' does not exist at all in the Greek. It was added by biased translators. The word 'respect' or 'reverence' is a verb with a tense or construct english does not have. The word 'that' is actually 'in order that'.
Here is what the Greek actually says: Eph. 5:33 Nevertheless, each individual among you also is to love his own wife even as himself, in order that the wife might also respect her husband.
In the simplest of terms it says this: Men love your wives so she can respect you. Give her cause to respect you. Be a man she'll be happy to submit to.
Now how are you supposed to know what the Greek really says? Simple. Use tools like biblehub.com. Here is link for the verse we just looked at:
http://biblehub.com/interlinear/ephesians/5-33.htm
We live in a hierarchical world where respect is demanded, where the power is top down. Jesus was nothing like that. He had no palace. The "government was on His shoulders". He lived to serve, not to be served. He was a God man. He showed how things are supposed to be. A man who rules over his wife and demands respect is a demon follower not a Christ follower.
Men if you want her to respect you treat her like Jesus would and watch her blossom.
Also don't be discouraged by less than perfect translations. Study the character of Jesus and read the Bible through those lenses. This will give you the insight to see through the patriarchal/legalistic bias. We will know the Truth (Jesus) and (He) Truth will set us free!
Posted by Pastor Dan at 17:56