Colossians 2:23 "These things indeed have an appearance of wisdom in self-imposed religion, false humility, and neglect of the body, but are of no value against the indulgence of the flesh."
I wanted to focus right in with a magnifying glass today on the key point of all that Paul has been addressing. Lists invented by the self obsessed to create a self imposed religion look impressive from the outside. It can even, no it does even make others watching doubt their own relationship with Jesus. However do you know what I have discovered over time? Some of the most strict pious seeming people are standing in front of deep dark closets. Here is why and Paul nails it: 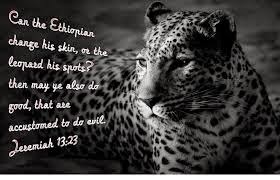 Rules however strict do not, will not, and can not change desires. The human will is not impacted by law. You can punish yourself, deny yourself, starve yourself, etc... but what you and I can never do is change ourselves on the level of our desires. This is why Jeremiah (13:23) stated the problem so plainly "Can an Ethiopian change his skin or a leopard his spots? Then can you do good who are accustomed to do evil?" No, no, and no. Yet the core of every religion keys in on behaviour modification as a band-aid over our wretched souls. It does not work, it has not ever worked and it can never work. From yo yo dieting to the addiction cycles we have proven to ourselves and each other repeatedly that self imposed behaviour modification does not work.

Recently I was on an airplane beside a woman who works in addictions counselling. 23 years experience. "Does it work?" I asked her. "Not usually" was her forlorn reply.
AA has a success rate of 5%. I guarantee that if you tracked the 5% it was the Higher Power that rescued them and not the program. If the program was the rescuer it would work for everyone. Having said that I never discourage anyone from taking the program because it might be the vehicle that takes them to God.
When the human soul is wired to self destruction there is only One who can rewire it. No amount of man made religion can cure us. Those men who criticized Jesus' disciples for not washing their hands "correctly" were the same men who plotted His murder. Men stand behind pulpits and tell their members to be good while secretly consuming child pornography. A famous evangelical preacher railed repeatedly against homosexuality before it was discovered he was cheating on his wife with a male prostitute and using drugs to self medicate. My point is not to shame anyone but to expose our powerlessness. We are broken and unable to fix it. 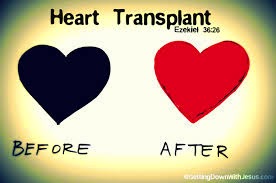 The good news is this: Everywhere we fail Jesus succeeded and then He traded His success for our failures. As a result we are complete in Him. It is gloriously and marvelously true that as we live in Him and for Him and let Him lead our lives He begins the healing process. It is His work and only He can do it.
Let's say I'm attracted to men and only men. Guess what I can do about it? Nothing. Now let's say I marry a woman to hide my secret and become crazy religious to make up for my "flaw". At the end of all that what have I accomplished?
Now imagine heaven being like religion. A place where people with flawed secret desires get to live forever while trying to keep them under control or at least hidden. Around the tree of life sits Bob who desperately wants to smoke but can't. Beside him is Susan who is secretly a sex addict and wishes she would sleep with Bob and everyone else but that behaviour is not allowed. Beside Susan is Tim and Tim is secretly never happy unless he is in charge except Tim can't be in charge in heaven... on and on the list of people and their secret hang ups and flawed desires and taboo lusts go. Each trapped for eternity in a place where inside they remain themselves but externally they are bound to holy conformity. Still want to go? Welcome to religion... 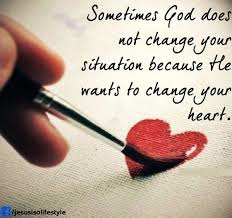 Now Jesus - that's a very different story. Jesus says "Follow Me and I will cause you to become..."
With Jesus the heart changes will come and you are complete and loved and accepted the entire time those changes are taking place.
Welcome to the Good News...
Posted by Pastor Dan at 18:18