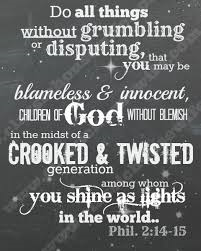 Philippians 2:14 "Do all things without complaining and disputing, 15 that you may become blameless and harmless, children of God without fault in the midst of a crooked and perverse generation, among whom you shine as lights in the world, 16 holding fast the word of life, so that I may rejoice in the day of Christ that I have not run in vain or labored in vain.
17 Yes, and if I am being poured out as a drink offering on the sacrifice and service of your faith, I am glad and rejoice with you all. 18 For the same reason you also be glad and rejoice with me."
At the risk of being repetitive Christianity is all about Jesus and all about love. Yesterday we talked about humility in our walk with God and not playing the blame game or being critical of others. Today we're going to go deeper into what Paul was addressing.
Complaining and disputing. Those are the traits that make us no different than the world? I was raised to see Sabbath keeping as the thing that would be a sign to the world that I was a true follower of Jesus. I was taught that the day would come when people would see two distinct groups on the planet: Those who through loyalty to God would keep the true Sabbath and those who through compromise with the world and self preservation would keep the false Sabbath created by bad religion. There will be a scenario along those lines but it will come about in ways I never saw or understood.
Complaining and disputing. It's ironic to me that in the religious realm we classify certain beliefs as heresy and certain moral failures as sin yet we tolerate and even thrive on complaining and disputing. Paul says these two behaviours are harmful and make us one with the world - crooked and perverse. Why? I mean isn't it right to complain about injustice and to dispute with those who are in the wrong so they will see the error of their ways? 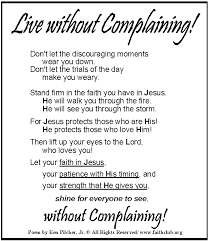 Let's remind ourselves what it means to be a Christian. It means we are followers of Jesus. It means He is our Teacher and our Example. It means in any given situation we should be striving to do what He would do if He were in the same situation. This means if we can find a scenario where Jesus complained, we would be right to complain in a similar scenario. Think about that... It also means if Jesus did not react to certain situations with complaining, neither should we.

It is also true of disputing. If Jesus disputed with others we should study those instances and make sure we react in the same way in those or similar situations.

I could be wrong but I have been
searching my memory bank trying to recall one instance where Jesus complained because of an injustice done to Him. I can't think of one instance where He disputed about or defended His rights. The truth is I can't think of any scenario that involved Jesus thinking about Himself or defending Himself or anything along those lines. The only time He ever talked about Himself was to clarify who He was or to make it clear where He drew His strength from. There is no record of Him defending His possessions as there is no record He had any. Only twice was He described as angry and in both instances He was angry because of harm being done to others by those who professed to represent His Father. The truth is the more I think about it the more clear and obvious it becomes. Everything Jesus did and said and all His reactions to life were motivated by two concerns. Love for His Father and love for us. His own person and life were of no concern to Him. In fact if we want to get really practical the most common complaint that passes through the lips of humans is the very basic "I'm hungry" yet Jesus skipped meals if He had the opportunity to help someone. He knew that moments to truly communicate with others on the heart level were precious and had to be done when the time was right and if it meant missing a meal so be it. 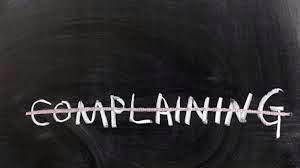 Look at what Paul says above. Living a life free of complaining and disputing will make us shine as lights and will only happen if we are holding tightly to the Word of life who is Jesus.

Notice the next thought. He talks about his own life being poured out like a drink offering, like a sacrifice. Where does Paul get this idea? From where does this imagery come? It comes from the example of Jesus' life. Jesus poured Himself out. His life was fully spent for our benefit and to reveal the true character of His Father. We are His followers. Complaining and disputing will reveal nothing more than selfishness. There is no Jesus in them.

Paul may die in prison. His thoughts are "So what? My life is an offering, a sacrifice. If my death is in any way helpful in making Him known and bringing light to others so be it".
The church in Philippi has seen the love of Jesus but have not yet grasped the meaning of following Him down the road of self sacrifice. Part of the process of learning to fully hold on to Jesus is learning to let go of this world, even our very lives.
We have rights and followers of Jesus will choose to lay their rights down. When this happens we'll have nothing to complain or fight about...
Posted by Pastor Dan at 08:06