Do What He is Calling YOU to Do

Colossians 4:16 "Now when this epistle is read among you, see that it is read also in the church of the Laodiceans, and that you likewise read the epistle from Laodicea. 17 And say to Archippus, “Take heed to the ministry which you have received in the Lord, that you may fulfill it.”
18 This salutation by my own hand—Paul. Remember my chains. Grace be with you. Amen."
The final point that struck me in Colossians was the advice given to Archippus is the final greeting. They say in a speech or article people are most likely to remember the first thing and/or the last thing you say. The last thing Paul says is for Archippus to do whatever it is Jesus has called him to do. 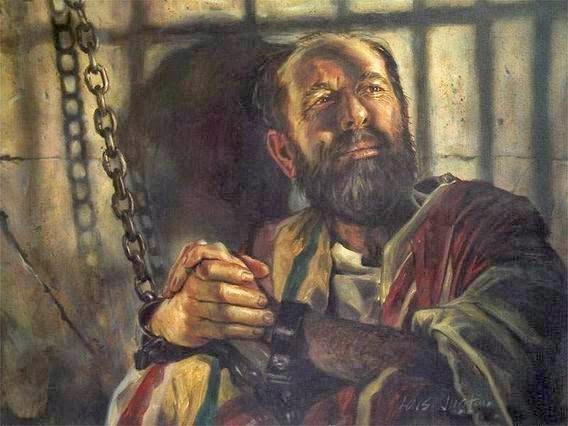 I do not believe this is an accident. Paul had no idea as he sat in prison writing that his counsel would be read by millions over thousands of years. He had no idea that the lies trying to find their way into those house churches in Colossae and Laodicea would be the same lies that would doggedly pursue Christianity until the end of time. He didn't know it but God did...
Think about it. None of us know what we're really doing or the eternal impact God has designed for it to have. Here is the BIG reason why we need to follow the closing counsel Paul sends to Archippus in this letter:
Jesus is sufficient. What He has done is enough. We are complete in Him. This is the message of Colossians. The only way we can lose our way and ultimately lose out on all Jesus has done is if we lose sight of Him. That was the whole purpose of the lies being brought into Colossae and Laodicea. When our faith becomes Jesus plus ___________ eventually the __________ becomes the focus and Jesus fades out of the picture. Therefore the real challenge of our walk with Jesus is to actually make sure we're walking with Him and not down some road of humanly devised holiness that appears wise (taste not, touch not, handle not) but is powerless to effect any change in our character.
Here is the point: What better way to make sure we are walking with Him than to walk with Him? Sounds so obvious it is silly right? But how many people are taking heed to do the ministry God has set out for them to do? Many professed followers of Jesus are far more content to follow some "club rules" while completely avoiding or ignoring God's call on their life.
When I was in school one of my professors told of a family of four brothers. Three became pastors and the other a doctor. The doctor was the pride of the family and very successful in his field. At the end of his life he lay sick and dying with his three brothers gathered around him. He began to weep and they asked why he was so upset. His answer was haunting. He said that he too had been called to preach the gospel but like Jonah ran to Tarshish.

How ironic. The hero of the family was actually living in rebellion against God's call on his life. Jesus said "if any man will come after Me he/she must take up HIS/HER cross and follow me." There is certainly nothing wrong with being a doctor and God surely calls people to that task but it is wrong if He has called us to something else. If Jesus leads us down one road and we choose to turn off on another how will we keep our eyes on Him? How will He be able to finish the work He has begun in us if we are nowhere near Him? The path He has chosen for us is the path where the miracles of growth and transformation will take place.
We have one life. It is either placed in His all sufficient hands or it is a work of our own doing. The choice is ours and the results depend on that choice. Every day we recommit to His path or we veer off on our own. Only His path leads home. The others may even appear holy but they are powerless to do the heart work Jesus alone can do.