Philippians 1:1 "Paul and Timothy, bondservants of Jesus Christ,
To all the saints in Christ Jesus who are in Philippi, with the overseers and deacons:
2 Grace to you and peace from God our Father and the Lord Jesus Christ."
I admit it is really tempting to skip over these intros as inconsequential and just move on. That was actually my intent today but I was inspired to slow down, stop, and take a closer look.

First of all the opening is from Paul and Timothy, underscoring an important point about ministry and life. God designed for us to work in pairs. It started in Eden and is brought out in Scripture over and over. Moses with Aaron and later on Moses with Joshua and then Joshua with Caleb etc... In the New Testament Jesus always sent workers out to do ministry in pairs. In Acts they continued this, sometimes in pairs and sometimes more. 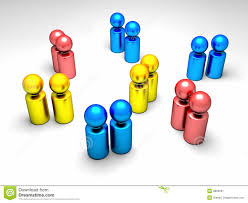 Why you ask? There is greater wisdom since two heads are better than one. There is strength in
numbers. There is help should one be sick or injured or discouraged. There is something about our nature that craves companionship and thrives on it. Just this week I came to help on a project and when I arrived there was only one other person. For a couple of hours we worked away in separate rooms. A few times we chatted back and forth through the wall. Later on he commented to me "I'm glad you came. It's a lot better than working alone."
If you are a leader take note. You'll get better productivity and have happier workers if you task your people in pairs...
What else can we learn from this greeting? Well if you followed Paul’s second missionary journey you know Timothy joined him as a young upstart in Lystra before traveling on to Macedonia where they started a church in Philippi. In other words the Philippian church members had been "born" with Timothy by Paul’s side. Now together again they are writing back to the church they began as coworkers - bondservants - of Jesus.
What is a bondservant you ask? The word bondservant is the translation of the Greek word 'doulos', which means “one who is subservient to, and entirely at the disposal of, his master. I really like this definition too as it applies to Paul and Timothy well: one who gives himself up to another’s will; those whose service is used by Christ in extending and advancing his cause among men; devoted to another to the disregard of one’s own interests.

The simple common definition of doulos is "slave". However we are never slaves of Jesus in the common sense. We are slaves by choice. We have freedom but we lay it aside to do what He would have us do.

Now I am not saying God has called you to be a Paul or a Timothy but have you consciously and purposely chosen to let God have the steering wheel of your life? Have you set aside what you wanted to do in a given situation in favour of what He wanted you to do? Followers have no control over the direction of the journey or they cease to be followers...
One last point from the intro. When Paul and Timothy first came to Philippi there were so few Jews that there wasn't even a synagogue. Beginning with a handful of people and teaching them the Good News of Jesus the church has grown. How much has it grown? Well we don't know numbers but consider the intro. He greets the overseers and the deacons and the church members. That is some serious growth. Most of it happened after they left as far as we know. 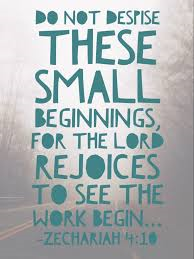 Here is some encouragement for you: Never despise the day of small beginnings. We never know what God has in store. We may never even see the results of the things He asks us to do in His service but heaven will tell "the rest of the story". We just need to make sure we are following so the story can keep expanding. The world needs Good News so brighten whatever corner He has put you in. smile emoticon
Posted by Pastor Dan at 08:43