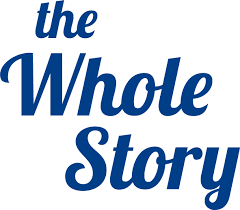 Philippians 3:7 "But what things were gain to me, these I have counted loss for Christ. 8 Yet indeed I also count all things loss for the excellence of the knowledge of Christ Jesus my Lord, for whom I have suffered the loss of all things, and count them as rubbish, that I may gain Christ 9 and be found in Him, not having my own righteousness, which is from the law, but that which is through faith in Christ, the righteousness which is from God by faith; 10 that I may know Him and the power of His resurrection, and the fellowship of His sufferings, being conformed to His death, 11 if, by any means, I may attain to the resurrection from the dead."
Sometimes I wonder if we (and I mean we) really get it. Here is a man who by religious standards was on top. He was in the realm of excellent Jews a superhero. Then he met Jesus. What he found in Jesus made him consider all his religious "attainments" to be garbage, manure, trash. Not only does he consider his religious attainments to be nothing, but he also considers his position, his stuff, indeed everything to be nothing in comparison to what he has found in Jesus. Even his personal safety and earthly life is of no count. All trace of self interest and self preservation has been swallowed up by his love for Christ and more so by Christ's love for him.
His one goal now is to be like Jesus. Sometimes we forget what that means. We selfishly love what we can get from Jesus but we forget what it might mean to follow Jesus. In a world full of I phones and a love yourself first ideology we are being blinded to what love and self sacrifice really are. We worry about our rights and fairness and justice but often we only worry about justice for just us. Jesus came into this world as a living, walking, talking example of what love in action looks like. Born as a bastard, raised in poverty on the "wrong side of the tracks", he was misunderstood by everyone including his own mother.

He lived for everyone but Himself. There is no record that He ever owned anything of significance. Never had his own home. Spent His ministry years constantly travelling often sleeping outdoors. The very community of people (Jews) who should have embraced Him were the ones who rejected Him the most. He healed, they harassed. He cared, they complained and criticized. He reached out to bring people together, they demonized Him for it. Finally after countless attempts to stop Him in some legal way they just gave up and murdered Him on fabricated lies.
Paul was one of the haters. Paul made it his life mission to track down and eliminate the "followers of The Way". Then Paul had a personal encounter with Jesus and everything changed.
Now Paul is passionately trying to explain to the church in Philippi that suffering is just a normal consequence of following Jesus and he is fine with it. The church in Philippi it seems has only grasped half the Story. Like much of Christianity today we love the forgiveness of Jesus but don't grasp the following part.
Paul is simply saying "Guys it's all trash. Whatever you are afraid to lose, it's all temporary and passing away. Jesus is Eternal and this life and this world and everything in it is going to be gone. Jesus will raise us up again just as He raised and will make all things new. Hanging on to stuff, hanging on to me, hanging on to this life is missing the best part of the story. We are going Home."
Paul grasped the whole Story. Do we?
Posted by Pastor Dan at 08:37