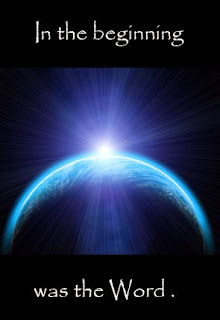 Why does John introduce Jesus as "The Word"? Consider the following verses from the Psalms:

103:20 "Bless the Lord, you His angels, Who excel in strength, who do His commands, Heeding the voice of His word." The word of the Lord speaks.

107:20 "He sent out his word and healed them, and delivered them from their destruction." His word is sent to heal and deliver.


When Abraham is spoken to in vision the one who speaks to him is described as "the word of the LORD".
Literally hundreds of times in the Old Testament reference is made and personality is given to "the Word of the Lord". John is not saying anything new. He is exposing a truth that was right in front of them in their own sacred writings all along. John doesn't stop there either: 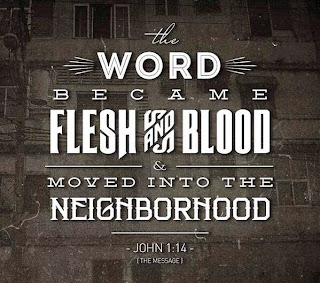 "The Word became flesh and dwelt (literally "pitched his tent" or "tabernacled") among us and we beheld His glory, the glory of the only begotten of the Father, full of grace and truth."
In John 14, the night before His death, Jesus tells His 11 disciples that remain that He is leaving. Philip responds by essentially saying "You can't leave yet because you haven't shown us the Father".
Jesus responds "Have I been so long with you and you have not known me Philip? He who has seen Me has seen the Father..."
John is boldly introducing the carpenter's son from Nazareth as the One who created everything, the One who visited Abraham, the One who has now been sent to heal and deliver. The name Jesus means "The One who heals/saves". His name Emmanuel means "God with us".
Tomorrow we'll talk about His glory and perhaps John the Baptist if we have time. smile emoticon


1:14 "And the Word became flesh and dwelt among us, and we beheld His glory, the glory as of the only begotten of the Father, full of grace and truth."
Glory. When something was really good we might say it was glorious. If the weather is fantastic we might describe it as a glorious day. When artists used to try and draw Jesus or other people considered good they would place a glow around their head. Really how do you draw something that can be sensed but can't be seen?
John describes Jesus as full of glory and calls Him the Light. Here is what the Greek word that we translate as glory means:
dóksa: literally means "what evokes good opinion, i.e. that something has inherent, intrinsic worth"
When Jesus was on earth He was like a magnet. People were drawn to Him. Grown men climbed trees to see Him. Children packed a lunch and sat all day to hear Him. Mothers brought their babies to Him. Friends and family brought their sick loved ones to Him. Sometimes He had to get in a boat and speak from there just to have some elbow room. The only people that recoiled from Him were those who were jealous of Him. Religious leaders who saw Him as a threat to their power and turf attacked Him and tried to misrepresent Him. Despite all this John says that the light came into the darkness and the darkness could neither comprehend it or overcome it. His glory could not be contained. He was like no one they had ever seen.
It's important to realize that He didn't just appear out of no where. That will become more obvious as we progress but right away John reveals that His arrival was announced.

John the writer of this gospel is the John who was Jesus' disciple, and the brother of James. They were known as the sons of thunder because of their tempers. This John quickly introduces another John far more significant at the time than himself:


1:6 "There was a man sent from God, whose name was John. 7 This man came for a witness, to bear witness of the Light, that all through him might believe. 8 He was not that Light, but was sent to bear witness of that Light. 9 That was the true Light which gives light to every man coming into the world."
This John is John the Baptist. He was a mighty preacher before Jesus openly began His public ministry and the main message that John preached was the imminent arrival of the Messiah. It's critical to understand that the Jewish people and others as well we're expecting someone to come. Prophecy had predicted it, the timing was imminent, and now John is announcing it. That someone special arrived on the scene was no shock, it was anticipated.
The shock was in who came or more specifically the type of person who came. It was His glory that was unexpected. It was the Light in contrast to the darkness that was unexpected. The nation was waiting for a hero but not the kind that came. Instead of being full of military might and political power He was full of grace and truth.
1:14 "And the Word became flesh and dwelt among us, and we beheld His glory, the glory as of the only begotten of the Father, full of grace and truth."


Grace and Truth - see you tomorrow...