John Day 178 - The Only Viable Argument

17:5 "And now, O Father, glorify Me together with Yourself, with the glory which I had with You before the world was."


Glory equals character. That much is certain. When Moses asked to see God's glory what He was shown was described in words that summarized God's character: "merciful, compassionate etc..." 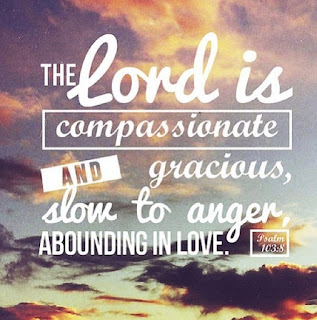 Jesus came from heaven. We say it, we talk about it, books have been written about it with varying perspectives on what that meant exactly. The truth is it remains a mystery that we embrace by faith. Jesus who always was, set aside His indescribable Self and became one of us. This prayer of Jesus in this singular verse makes it evident that even His Divine character was set aside. He truly became one of us. Just as we build our character through life Jesus also had to build His. He was not simply endowed with God's spotless perfect character when He was placed in that feeding trough in Bethlehem.
Now as He faces the greatest test of His human existence and the ultimate purpose for which He came look what He prays for. He asks God to give Him the fullness of the character of God that He once had but laid aside to come here. It is this final manifestation of the heart of God put on display before the universe that will forever turn the tide and signal the beginning of the end of Satan's reign of terror.
How fitting that we are here in John's Gospel after another violent and indescribably horrible demonstration of the darkest side of our human nature. Paris is in mourning because of another terrorist attack.
The truth is that this earth has been the theatre for the greatest terrorist in the universe to practice his schemes. Dark has been the story of humanity. Too often the darkness has been countered with more darkness. It ultimately fails. Any relief gained is short lived. Jesus came to show the true antidote to the reign of terror is to turn the lights on. If ever their was a Being who had the military might to squash the terrorist it is God. He could have killed Satan at the start. George W. Bush would have called it a pre-emptive strike. We could convince ourselves that it would have spared us all the carnage that has followed by God doing "nothing" and allowing Satan's terrorist regime to advance unchecked.
It can appear that way. However Satan's death would only have served to give his ideas and claims about God and His character more credibility. Others would have arisen to take up the mantle. Beings can be killed but ideas cannot be. The only way to prove the make up of a character is to allow time and circumstances to reveal it.
That is the urgent passionate prayer of Jesus here. He has come to the place where He is to demonstrate before the watching universe the heart and government of God. Satan would be overthrown not by arguments or violence but by an irrefutable demonstration of selfless love that could not be denied.
"Glorify Me. Use Me to show them Who You are and what You are like."
When you truly know someone, the lies others tell about them have no power.
Posted by Pastor Dan at 10:49