17:17 "Sanctify them by Your truth. Your word is truth. 18 As You sent Me into the world, I also have sent them into the world. 19 And for their sakes I sanctify Myself, that they also may be sanctified by the truth."

I am not even sure what the correct word is to describe the insights I am being given by going through the gospel of John so slowly and allowing my understanding of it to slowly build as the stories unfold in their order. I have always hammered on the drum of studying the Bible in context but this kind of slow walk through verse by verse is even more powerful than studying a single verse or idea in the context of the verses around it. I believe the reason is because the true context for any verse or story in John's gospel is the entire gospel. It all serves to tell one story. The story is that Jesus is the word or the revelation of God. Seeing Jesus in action is to both observe and understand the character of His Father. As much as it is true that Jesus came to die on the cross it is more than that. That crowning act of His mission here was only the climax of what He had been doing all along. It was the final and fullest demonstration of the heart of God. That's why in the famous verse John 3:16, Jesus frames His sacrifice as a revelation of the love of His Father: "For God so loved that He gave..."

Now that we have all that background let's put the puzzle pieces in order and create the picture John wants us to see. 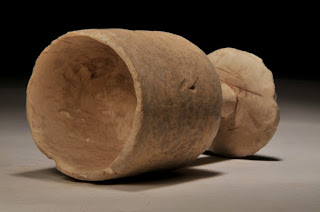 Jesus was made a man like us in every way. He set aside His 'Godness' and became fully human.
That's why He said "Apart from My Father I can do nothing." Jesus became one of us yet was set apart from us for a holy purpose. All through the Old Testament there were countless examples of ordinary people and things being set apart from all their identical counterparts for a specific purpose. The cups spoken of in Daniel that were taken from the temple in Jerusalem and brought to Babylon were not special because of their materials or design. They were special for the sole reason that they were set aside and designated for the unique purpose of being used in the Temple. Think of it this way. They were not chosen from among other cups because of anything special about them. They became special because they were chosen for the Temple. Their association with the Temple gave them a value and sacredness they did not have within themselves.

Samson was set apart even before his birth yet Samson was just like everyone else. God had a unique purpose for his life even though Samson was not unique in and of himself. He was set apart.

In just a few words Jesus describes His own role in the world and the role of the eleven. Jesus was a human set apart (sanctified) by truth, by the revelation of what God is actually like. No more shadows. No more pillars of cloud or fire. No more distant voice booming from the heavens or from a mountain top. No more speaking through men to describe Himself. Jesus was not sent to describe God with words. His life was the Word. The disciples were not won over or convinced or changed by the words of Jesus. Rather they were astounded, impacted, shaken, rewired, and set on a new path by His life. He was the Word.

There is but one final scene to be lived to seal the picture of God's heart. That is why Jesus said "I sanctify Myself that they may be sanctified..." They will only become to the degree that He is a revelation of what becoming looks like. He is the pattern. If He stops short than their development will also stop short. If He does not complete the mission for which He was set apart than neither can they become everything they were meant to become. 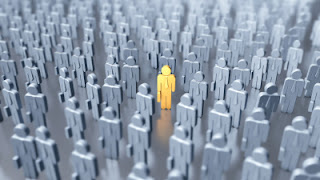 Do you see it? Jesus was sent into the world as God in human form. His life was the exact representation of God's character. The cross was the final chapter and if avoided we would never have seen God as He really is. The disciples would never have been given the picture that was necessary to propel them into their special calling after Jesus returned to heaven.

So deep, so wide. It stretches the mind in ways no other Story can.

Jesus set apart (sanctified) to be the Word that tells the Truth about God to a human race drowning in half truths and lies. He became so we can become...

See you tomorrow
smile emoticon
Posted by Pastor Dan at 10:21