18:25 "Now Simon Peter was standing and warming himself. So they said to him, “You are not also one of His disciples, are you?” He denied it, and said, “I am not.” 26 One of the slaves of the high priest, being a relative of the one whose ear Peter cut off, said, “Did I not see you in the garden with Him?” 27 Peter then denied it again, and immediately a rooster crowed." 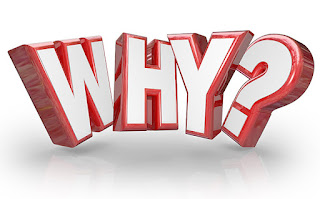 Why would Peter do this? He is supposed to love Jesus. He said he wouldn't. He was even warned just hours before that this would happen. Why?

We touched on this briefly a few days ago. Let's review it again and go deeper. Peter is not a coward. Remember when Jesus and the disciples were avoiding Jerusalem because the rulers wanted Jesus dead? Remember while they were away a message was brought to them that Lazarus was sick? Remember how the disciples said "we can't go back there or we'll be killed!"? Remember that Jesus said "Lazarus is sleeping and I am going to wake him up."? And then when they realized that despite the danger and their warning Jesus was going anyway do you remember what Thomas said? "Let's go with Him and die with Him."

They went, including Peter, expecting to die. From that time onward just being with Jesus was life threatening yet Peter stayed. It was Peter in the garden who drew his sword against an entire detachment of soldiers and officers. It was Peter that had the courage to try walking on water. Peter is no coward.

Even now as Jesus is in the hands of the authorities Peter is as close as he can be to Jesus.

So considering all these facts, and considering the time lapse between the verses we have just read and the first time he was asked if he was a disciple why in the world did Peter deny being His? I mean you would think that after his first denial Peter would have remembered what Jesus said and gotten his act together. Whether Peter did remember between the first denial and the last two we do not know. What we do know is the 2nd and 3rd denial came in rapid succession. But why?

Clearly it is not a case of cowardice. Clearly it is not a case of not loving Jesus. In case we have forgotten when many were leaving Jesus because of some difficult teachings and Jesus asked the Twelve if they were going to leave Him also it was Peter who said "Where will we go? You have the words of eternal life." When Jesus asked the Twelve who they thought He was it was Peter who boldly declared "You are the Christ, the Son of the Living God!"

Now this same Peter is denying Him with cursing?!! Why?

The answer is painful. It creates a ball in my stomach to think about it. It is true that Peter loves Jesus but it is also true that the motives for his love are not pure. He is devoted but his devotion is tainted.

It was Peter who also said "We have left all to follow You, what will we get?"

As Peter stood in that courtyard watching what was happening he could see his investment slipping away. He had given to get. He had followed to achieve. Jesus was not just his Master, He was his meal ticket. Peter had placed all his chips on the table betting Jesus could and would take Him higher than he could climb any other way.

Peter had tried everything possible to support and protect Jesus but his worst nightmares were unfolding right before his eyes. The singular word that keeps coming to me to describe this moment for Peter is disillusionment. How could this be going so horribly wrong? How could they have gone to the mountain top speaking with Moses and Elijah to this? How did they go from walking on water to this? How did they go from watching Lazarus walk out of the tomb to this? The church leaders Peter grew up with are now set to murder the long awaited Messiah? Worse is that Jesus is resigned to it. He is acting helpless and hopeless!

Do you see it now. The Jesus in chains is not the Jesus Peter signed up to follow. This was not the end he had envisioned. So when he was asked if he was a follower of this Lamb being lead to the slaughter he truthfully said no...

What about me? Why? Why do I follow? If there were no kingdom would I still stand with my King? If He just stood for the right because it was right and there was no reward would I still beside with Him? If the script does not unfold as I envision it must will I change my lines or leave the stage?
Posted by Pastor Dan at 11:09