19:38 After this, Joseph of Arimathea, being a disciple of Jesus, but secretly, for fear of the Jews, asked Pilate that he might take away the body of Jesus; and Pilate gave him permission. So he came and took the body of Jesus. 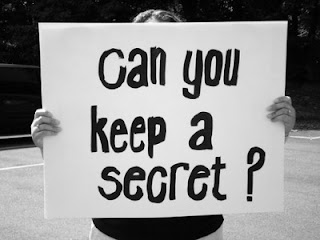 Recently I was speaking with an elderly mother who was going to be seeing her son for the first time in many years. He had married and his wife refused to have anything to do with his family and eventually out of fear of or loyalty to his wife, the son cut all ties to his family as well. I don't know the details but now he is free from his wife and he is coming home to see his family. As she told me he was returning and that she would see him that day her eyes were sparkling. The joy and anticipation was written all over her face.

This morning as I read about Joseph of Arimathea I thought about that son disconnected from his family all those years - disconnected but never in heart. He loved his family but circumstances prevented him from reaching out to them.

Joseph of Arimathea loved Jesus but circumstances had prevented him from publicly revealing it. He was a prominent man likely well connected in the community. We discovered back in chapter 9 that anyone who openly professed to be a follower of Jesus was cut off from the Synagogue which had many implications and created many complications.

The text says Joseph was a secret follower because he feared the Jews. That term fear from which we get our English word "phobia" literally means to withdraw from or be separate from. When we have a phobia of the dark (nyctophobia) or of spiders (arachnophobia) we want to be separate from those things.

It seems Joseph wanted to separate himself from the conflict between Jesus and his people so he followed secretly. It seems the death of Jesus brought him out of "hiding", it brought him to the place where his love for Jesus was greater than any real or perceived complications or dangers he was avoiding by keeping his love secret.

I often wonder how many Josephs are out there today. Men and women who because of their family situation, or marriage, or career pressures, or other social pressures are following Jesus in secret. He has their hearts but fear keeps them from stepping out of the shadows.

Joseph couldn't take it anymore. Ironically at the moment when it would have been most dangerous to "come out" Joseph boldly steps into the spotlight and by his actions lets the world know where his loyalties are.

The truth is that if social pressures keep followers of Jesus from stepping into the public eye, there must be others who for social reasons pretend to be a follower when really they are not. In both cases time and circumstances will expose us all. Issues of the heart can only be hidden and kept secret for so long before something draws them out.

The Bible says in a few places and in different ways that nothing is secret or hidden from God. There was a time I was frightened by the reality of an all seeing God who knew all my secrets. I don't feel that way anymore. It is a relief and comfort that He knows. I don't have to pretend with Him or hide from Him because He knows and knowing does not cause Him to turn away or give up on me. Instead we can be completely open about everything.

Joseph loved Jesus but no one knew. I pray there are billions doing the same on this planet right now for whatever their reasons might be. How exciting to think about! I don't know if there are that many but He does, 'for man looks at the outward appearance but God looks on the heart.'
Posted by Pastor Dan at 21:31