20:1 Now on the first day of the week Mary Magdalene went to the tomb early, while it was still dark, and saw that the stone had been taken away from the tomb. 2 Then she ran and came to Simon Peter, and to the other disciple, whom Jesus loved, and said to them, “They have taken away the Lord out of the tomb, and we do not know where they have laid Him.”

This chapter is going to be tough to cover in small pieces but we don't want to miss anything so let's do our best. Already in these two verses there are more angles to cover than we'll get done today. The obvious one is that Jesus is missing. Even in death they can't keep up with Him. It has always been that way with Jesus. When He was 12 years old He traveled to Jerusalem from Nazareth with His parents and relatives. On the way home after the first full day of traveling His parents realized He wasn't with them. Panicked they returned to Jerusalem and after three days they found Him. He was in the temple amazing the priests with His deep understanding of God. Little did they realize He was God... 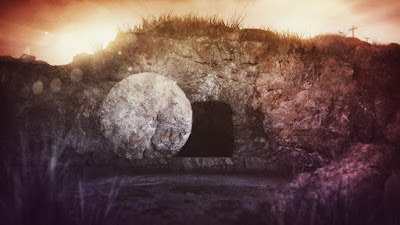 Now 21 years later another Mary can't find Him. She assumes "they" took Him although she never says who she thinks they are.

Back at the turn of the last century (1800's to 1900's) smoking was being prescribed by doctors as a treatment for lung issues. It was logical. Meats and fished were smoked to purify and preserve them. Why not try it for our lungs? Now don't misunderstand me. Using our intelligence to tackle problems and try and solve them is a good thing. When it becomes bad is when we develop a theory and then become convinced the theory is fact. A fact is what we know to be true and since Mary was not there she can't possibly know what happened. The truth is if she had been there she would know who "they" were and she would also know where "they" took Him.

"They" get blamed for a lot in our world. Conclusions are constantly drawn by us based on good and sometimes not so good evidence.

Here is how we know we are being deceived by our own drawn conclusions. When more evidence comes to light and we refuse to even consider it because we already "know" what happened. Take the attack in New York on 9/11 for example. Over 14 years later half of all Americans believe the official explanation and half don't. That means at least half are wrong about what really happened and who was behind it yet 100% believe they are right and think they know.

All Mary knew for certain was that Jesus was not in that tomb. To that fact she added a story: "They" took Him.

Lesson #1 - If you want to know where Jesus is follow Him every day and don't blame "them" when you can't find Him.

Lesson #2 - Stick to the facts in life and become comfortable with these words: "I don't know." All Mary should have said was "Jesus is missing and I don't know where He is".

Lesson #4 - Drawing false conclusions and sharing them as facts is called gossip and the Bible has nothing good to say about it.

The church gossip and self-appointed arbiter of the church's morals kept sticking her nose into other people's business. Several church members were unappreciative of her activities, but feared her enough to maintain their silence.
She made a mistake, however, when she accused George, a new member, of being drunk after she saw his pickup truck parked in front of the town's only bar one afternoon. She commented to George and others that everyone seeing it there would know what he was doing.
George, a man of few words, stared at her for a moment and just walked away. He didn't explain, defend, or deny; he said nothing.
Later that evening, George quietly parked his pickup in front of her house ... and left it there all night.

Lesson #5 - Think, explore, investigate but be careful what definite conclusions you draw...
Posted by Pastor Dan at 10:11