John Day 239 - The STORY or Lies Backed By Scripture?

20:8 Then the other disciple, who came to the tomb first, went in also; and he saw and believed. 9 For as yet they did not know the Scripture, that He must rise again from the dead. 10 Then the disciples went away again to their own homes. 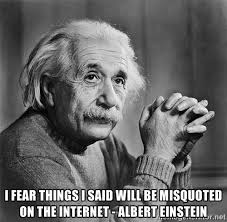 It is pretty easy to do. You make a leading statement, then insert a quote from someone that seems to agree with your leading statement and then draw the conclusion. Anyone who does not do their homework to find out where the quote came from will assume you are telling the truth unless... unless they know the character of the person you are quoting.

I read the summary of the GOP debate this morning. It sounds like things are getting a little personal. It would be foolish for me to draw any conclusions for two reasons. First I didn't see the debate myself and secondly I don't know the characters of those involved. At best I can only draw surface conclusions. To only read the summary of the debate written through someone else's eyes is to let someone else do my thinking for me.

Do we do the same with God? Do we read some quotes here and there (verses) framed by leading statements followed by conclusions drawn and then pass judgement on God or decide what He is like based essentially on hearsay?

Repeatedly in the Old and New Testaments we are told we will find Him when we search with all of our hearts. Are we doing that or are we letting others do it for us? Can we trust their synopsis?

Our text from John today is a little odd. Yesterday we read that Peter did a full investigation of the tomb and then John joined him. When John saw the folded cloth that had covered Jesus' face it says he believed and then the two of them went home, each to his own house. Weird. To explain this weird reaction John writes "They didn't (yet) know the Scripture that He must rise from the dead."

Skeptics say there are no such Scriptures and they are right... sort of.

But consider this: Neither the disciples nor any of the Jews expected the Messiah to die. Why would you expect or even need a resurrection if He never died to begin with? It was Jesus Himself who first began to speak openly of both His death and resurrection but the bias of the disciples was so violently opposed to His dying that they had no need to ponder and probably never even heard His talk of rising.

Also did you know that the Sadducees, the largest and most politically influential sect within Judaism did not even believe there was any life after death? So what we have is an entire nation/religion reading/interpreting the Old Testament through the lens that the Messiah would never die and indeed there may not be life after death anyway.

The men we call the disciples were born into this view of things. They inherited these "truths" and focused in on the Scriptures that seemed to support it.

When I was in high school I became close friends with a Jehovah's Witness. She gave me a book that outlined their beliefs. The book was full of quotes from the Bible but always framed by leading statements followed by conclusions drawn. How convenient. Then I was forced to admit that my religious experience and learning had been much the same. It creates the illusion in the followers that they are reading the Scriptures when in reality they are reading a narrative sprinkled with Bible verses ripped from their context and made to appear as if supporting the narrative.

What about nature that comes back to life every spring?

What is my point? My point is not that Peter and John missed a quote somewhere. The truth is you won't find a quote in the Old Testament that says "The Messiah will rise from the dead". My point is much more elementary than that. My point is that they missed the Story of Scripture. They were so lost and confused in quoting snippets to support a prepackaged narrative that they lost sight of the whole point of the Story which is to rescue us from death. How could the Messiah who clearly dies in Isaiah 53 ever complete His rescue mission if He stayed dead? Life after death is not an obscure part of the Story that they overlooked. It is The Story and they missed it entirely, lost in a narrative that religion wrote for them.

How about us? Are we using a prepared script to get our truths from? Are we reading someone else's synopsis and assuming it is true?

"You will search for Me and you will find Me when you search with all your heart." - Jesus
Posted by Pastor Dan at 10:19