20:11 But Mary stood outside by the tomb weeping, and as she wept she stooped down and looked into the tomb. 12 And she saw two angels in white sitting, one at the head and the other at the feet, where the body of Jesus had lain.13 Then they said to her, “Woman, why are you weeping?”
She said to them, “Because they have taken away my Lord, and I do not know where they have laid Him.”

Many years ago when I was in Cape Breton I presented a message about the disciples showing how human they were with all their flaws and arguing and pride and unbelief. Someone took me aside after and was quite upset. We talked about it and I think they began to see the good news in what the Bible reveals about those 12 men who were far from perfect. 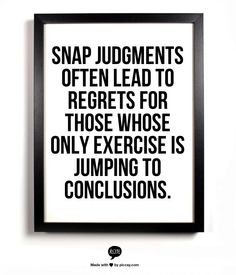 Today we get a deeper insight into Mary's personality and character. A few days ago we talked about how Mary upon finding out the tomb was empty drew the false conclusion that "they" had come and stolen His body.

Now fast forward. Peter and John have come and discovered evidence that stroll suggests His body was not stolen but rather He is alive. They are so convinced they consider the case closed and they return home.

Now Mary remains and is as upset as ever. She stumbles through her tears into the empty tomb only to discover it isn't empty. Angels are there and they ask her why she is weeping. Her response is the exact same thing she told Peter and John. "They have taken away my Lord and I do not know where they have laid Him."

It's as if Peter and John had never been there. It's as if they had never discovered the burial cloths and the folded napkin that had covered His face. She decided from the start what had happened and for her that was reality and truth. 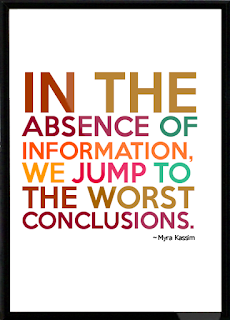 Lesson: Jumping from evidence to conclusions seems to be the one exercise all humans have mastered. Furthermore we don't just jump to these conclusions, we cling to them even as mounting evidence stands in opposition to our reality/truth.

As a pastor I have observed that it is also our nature/inclination to believe the first story we are told. If a husband comes and tells his side first we tend to believe him and if his wife tells a different story later we interpret her account through the lens of his account. The only exception to this phenomenon is when we are emotionally attached or detached from the person. If I don't like 'Bill' my tendency is to side with his wife no matter what the evidence suggests. On the flip side if I really like 'Bill' I want him to come out looking good no matter what the evidence suggests. In journalism and research this is called bias. In relationships it is called favouritism.

I take comfort in the realization that the men and women who walked and talked with Jesus, who loved Him and believed in Him were as messed up as we are. That may sound crazy but if they were better than us I'd feel hopeless. Their humanity, their lumps and flaws, their propensity to misjudge and draw false conclusions inspire me. Don't misunderstand me though. I'm not inspired by their brokenness but by what Jesus was able to do with them and through them despite their flaws.

In other words, try not to get all your exercise jumping to false conclusions because it has the potential to cause you and others pain. However be comforted that if you do make a wild leap to a false conclusion Jesus will still be there to catch you or He might even send an angel or two.
Posted by Pastor Dan at 09:23