20:11 But Mary stood outside by the tomb weeping, and as she wept she stooped down and looked into the tomb. 12 And she saw two angels in white sitting, one at the head and the other at the feet, where the body of Jesus had lain. 13 Then they said to her, “Woman, why are you weeping?”
She said to them, “Because they have taken away my Lord, and I do not know where they have laid Him.”
14 Now when she had said this, she turned around and saw Jesus standing there, and did not know that it was Jesus. 15 Jesus said to her, “Woman, why are you weeping? Whom are you seeking?”
She, supposing Him to be the gardener, said to Him, “Sir, if You have carried Him away, tell me where You have laid Him, and I will take Him away.”
16 Jesus said to her, “Mary!”
She turned and said to Him, “Rabboni!” (which is to say, Teacher).
17 Jesus said to her, “Do not cling to Me, for I have not yet ascended to My Father; but go to My brethren and say to them, ‘I am ascending to My Father and your Father, and to My God and your God.’”
18 Mary Magdalene came and told the disciples that she had seen the Lord, and that He had spoken these things to her.

Mary encounters this person she assumes to be the gardener. Her emotional state and preconceived ideas prevent her from recognizing Him until He speaks her name. As soon as He does it says she turns toward Him. She wasn't even looking at the "gardener". Fascinating. The implications of this are deep and wide. We do not even look at what we think we already know about. In her mind this man was the gardener so she shielded her tears from him and did not even look his direction. She was so close to Him yet so far from Him. 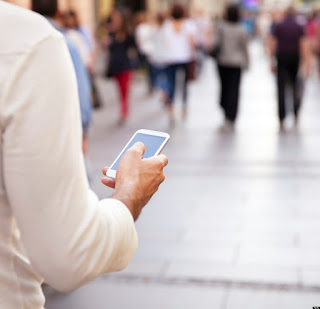 A while back there was a video produced and circulated around social media telling two alternate stories. One story was a guy walking down a street looking for a place and at a street corner crosses paths with a young woman. He stops her to ask for directions and she helps him find the place he is looking for. That one chance encounter leads to a friendship that leads to romance that leads to marriage and happily ever after. Then the video starts over and the same guy is walking toward the same corner only this time he is using the GPS on his phone to find his way. He comes to the same corner and she crosses right in front of him. She sees him but he is oblivious and each continues on their way.

He was so close to "the one" yet never even saw her because he wasn't looking. In the video we are left believing he missed her forever.

Think about God though. Do our mistakes leave us doomed? Are we left to wander in search of Him cursed to never find Him because we missed that one chance when we had our head down?

For or against Him, God has been calling us from the very beginning. Every time we have turned away convinced we know what we are doing, or what the truth is, or what way is the best way, He comes calling us by name. He is the Light that lights every person that comes into the world. No matter the circumstances He comes. Through evidence, through friends, through angels, through even direct encounters He comes. Some still reject Him. Some return to Him. Some realize He was right there all along but no matter our position or choices or reaction He comes, and keeps coming. Through our fears or tears or preconceived ideas He comes in relentless pursuit. He does not push. He is not forceful or rude but He calls.

"Mary". One word and she finally concedes her false narrative that He was dead and stolen and looks toward Him. "Teacher!!!"

He is the Teacher. Are we willing to be students are we trusting our own GPS and missing the Divine encounters that would lead to our "happily ever after"?
Posted by Pastor Dan at 21:52