20:18 Mary Magdalene came and told the disciples that she had seen the Lord, and that He had spoken these things to her.
19 Then, the same day at evening, being the first day of the week, when the doors were shut where the disciples were assembled, for fear of the Jews, Jesus came and stood in the midst, and said to them, “Peace be with you.” 20 When He had said this, He showed them His hands and His side. Then the disciples were glad when they saw the Lord.

First Mary discovers Jesus is missing buy doesn't believe He is alive. Peter and John discover He is alive but don't believe He is findable. Mary then meets Jesus and tells the disciples but they don't
believe either until Jesus comes to them Himself and shows them His scars.

Bizarre how quick we are to believe our own theories yet slow to believe the account of a friend.

Interesting to think about but today we are going to explore something entirely different. By Sunday evening (Luke explains Jesus' delay) Jesus finally shows up where the disciples are. All day they have been torn between their belief that Jesus was alive but gone with Mary's claim that He was both alive and still very much "here".

For hours they must have hashed out the possible scenarios, replayed the words He had spoken and tried to make sense of it all. However that's not what we're going to discuss today either. What we're going to focus in on are a few words John writes almost in passing; words you could easily miss yet full of meaning. The disciples have gathered together which is a change from earlier in the day when Peter and John each returned to their own house. Not only have they gathered but they have done so in fear and secrecy and have locked the world out. John even writes about what they are afraid of - the Jews. 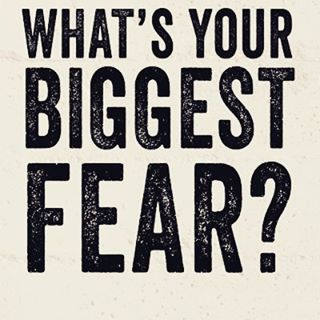 As I write this Americans across the mid east and east coast are gathering and hunkering down for fear of a massive snow storm. That makes sense. What does not make sense is Jews hiding from Jews. Just forget the immediate circumstances and think about that. Jews are hiding from Jews. Do Canadians hide from Canadians? Do Baptists hide from Baptists?

A couple of days ago Trump went to Liberty University and thumped a Bible he clearly doesn't read often based on his misquotes and bizarre comments. He promised in his speech that he was the candidate who would protect Christians "under siege". Clearly he has positioned himself as the guy to save those fearful of a Muslim takeover.

You would hide too if the nation and religion you grew up in just brutally murdered the Man you believed to be the Promised One. For centuries and millennia the Jews have talked about Him, preached about Him, wrote about Him, studied what the prophets said about Him and now He's been killed. Whether or not He is alive again and on the earth or gone back to heaven does not change the sentiments on the street. The crowds that cried "Crucify Him!!!" are still out there. If Jesus was considered public enemy number one they are certainly next on the list. What a change from one week ago when Jesus rode into the city on a donkey and the crowds hailed Him as their King.
Lesson:

Don't think you are wise in fearing "them" and trusting "your own". Jesus frankly warned that choosing Him would potentially put even family members against each other. The Bible and history and current events all reveal that friends and enemies are not defined by national lines, religious lines, colour lines, tribal lines, language lines, gender lines, or any other lines we can dream up to classify human beings. In the end there are only two groups. Those who love and those who hate. Those who give and those who take. Those who build up and restore and those who tear down and destroy.

The good news? When their lives had been reduced to a bunker and fear was their food and drink Jesus came to them.

Love wins. Always. The darkness can't hold back the dawn.
Posted by Pastor Dan at 14:08