Jesus said this would happen. He said He came to bring a sword. He said His very presence would draw a line in the sand and make enemies of those who were once friends. He even said the day would come when "men will kill you and think they are doing God a favour."

ISIS and other groups we call terrorists fit that category. They literally believe they are doing God (Allah) a favour.

Picture these men, a mix of fishermen, tax collectors, and other ordinary guys, locked in a room hoping they aren't found until they come up with a plan. Into this scene comes Jesus. He enters the room without opening the door. He announces His presence with the words "Peace be with you".

Peace? Is this a joke? You said you came to bring division and remove peace and now that it has happened you're talking peace? What peace?

Do you remember His parting words in chapter 16?

16:32 "Indeed the hour is coming, yes, has now come, that you will be scattered, each to his own, and will leave Me alone. And yet I am not alone, because the Father is with Me. 33 These things I have spoken to you, that in Me you may have peace. In the world you will have tribulation; but be of good cheer, I have overcome the world.”

Jesus can't be more plain. He is not talking about the peace of everyone being in agreement. He is not talking about the peace of relaxing on the beach when all is well. He is talking about a peace that passes understanding, a peace that runs far deeper than circumstances. He is saying "Even when you all abandoned Me while the world turned on Me, I was ok because My Father was with Me. I want you to have that same peace and confidence in Me. When the world throws everything it has at you I want you to be able to say "Into Your hands do I commit my life." 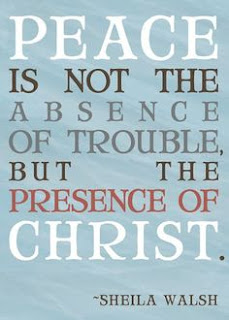 There is a lot of "Love Jesus and everything will be ok" preaching going on today. Jesus said "You will have major trouble if you walk with Me." There is also a lot of fear mongering going on in politics and in religion. Jesus said "Fear not nor be dismayed. I will be with you always, even to the end of the age."

When Jesus walked through the wall into that room in His resurrected body He was literally saying "I Am with you. I Am your peace."

If God be for us who can be against us? What can man do to me? 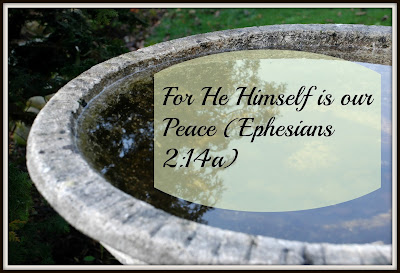