19 Then, the same day at evening, being the first day of the week, when the doors were shut where the disciples were assembled, for fear of the Jews, Jesus came and stood in the midst, and said to them, “Peace be with you.” 20 When He had said this, He showed them His hands and His side. Then the disciples were glad when they saw the Lord.
21 So Jesus said to them again, “Peace to you! As the Father has sent Me, I also send you.”

For several days now I have been brought morning after morning into this room and this moment. Each day seems to add another emotion to the scene. People often ask me how I can see so much in a single verse or series of verses. It is because I am learning to linger. I am learning to ask questions. I am learning to insert myself into the Story. I am learning to sit at each seat in a room like this one and consider the moment from each person’s perspective.

Fear had gripped them all, understandably so. Yet in that fear they didn't want to be alone. From a practical point of view they would have been safer alone. A group is more noticeable and harder to blend in or hide. This group of men has been together for years. They have argued and fought. They have jostled for position. Despite the ups and downs at this moment of crisis they have come seeking each other. That in itself is a powerful reality. They recognize their need of each other. Their proud boasts are silent now. Egos have been literally stamped out by the whole ordeal. Peter has had the biggest mouth and now feels the greatest shame. He speaks loudest now by his silence. 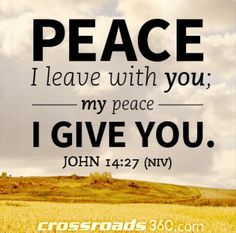 "Peace be with you."

Those are His first words. Fear and shame have now been radically and suddenly changed to shock and disbelief. In anticipation Jesus exposes His scars. They look from His scars to His eyes and grace floods their souls. There is no anger in His eyes. There is no disappointment either. The peace that was a mere and foreign word moments ago begins to wash over them. To speed up the process He says it again:

How opposite from us. We would have attacked them likely. "Where were you when I needed you?!! Three years and more I have poured my soul into you guys and this is what I get in return?!!!!" But there was no such sentiment, much less words.

Then comes the bombshell:

Excuse me? Jesus have you lost Your mind? These eleven cowards, full of themselves and little else are going to carry on Your mission?!!!

If we find that hard to believe I can assure you they find it to be even more ridiculous.

The biggest question that comes to my mind from all of this is "Why? Why is Jesus investing so much in them at so much cost to Himself? Why is He not holding them accountable for their colossal failure? Why is He letting them completely off the hook and worse promoting them? Why, why, why..."

Where we would come out guns blazing Jesus comes with the words "Peace to you."

Several years ago I watched a program about cold cases where new evidence opened up unsolved criminal investigations that had long been dormant. Many were made possible by the technology of DNA analysis. I particularly remember the police coming to this man's door about two decades after the crime was committed. The look on his face was telling. It was a mix of 'you got me' and expectation, and... relief. In an interview later he made a statement to the effect that the last twenty years of looking over his shoulder and wondering when "they" would come for him was a sentence and prison of its own.

For those who are truly sorry for their actions no punishment is necessary. The guilt and shame is its own punishment. What they need is a release from this prison of guilt. We think they need to "do their time" but His thoughts are not our thoughts and His ways are not our ways.

Where we retaliate He restores. Why? Because our well-being is more important to Him than His own.