I have been wrestling with the implications of Jesus' words. Considering the scene in which He spoke them it is quite a statement.

First Jesus was an outsider from birth. He never "fit in". He had no known father. He lived on the wrong side of the tracks. He was poor. His step dad died when He was young and that's just the circumstantial stuff. From the age of 12 He was at odds with the widely accepted teachings of His religion (Judaism). His own family including His mother (who fully knew the miraculous nature of His birth) felt His views were off. More than once they tried to correct His course. After His first sermon in His home church they tried to kill Him. There was no one among His followers that had any credibility or status in society. The only one who came close was Judas and we all know how that ended. Several times assassination attempts were made. Constantly His teachings annoyed, confused, and angered the mainstream Jews. Constantly they tried to set Him up, or trap Him with questions or scenarios to either discredit Him or create grounds to arrest Him. 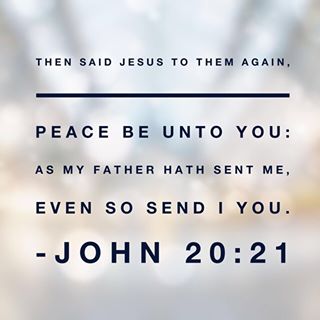 From town to town and country to country He healed the sick, encouraged the outcasts, and even raised the dead. He appealed to people to look beyond this world and consider His Father’s kingdom. He presented old teachings in a new light. He spoke with authority in a way they had never seen. Thousands hated Him but thousands more were drawn to Him. His own disciples were at times speechless at His words and actions. They couldn't figure out why He didn't try harder to get along with the religious leaders. They kept waiting for Him to rise to power as king but He never did. From grassy knoll to sick besides He kept sharing a picture of God and His kingdom they had never seen. He elevated the status of women. He welcomed hated gentiles, foreigners, and even Roman soldiers. He ate with tax collectors, prostitutes, and sinners. His actions on behalf of the disenfranchised were not appreciated by most including His disciples. In short He was an outcast among His own. Misunderstood, He was constantly opposed or at best questioned. He was a misfit standing essentially alone against the world. Worse His most violent opposition were those who should have been His greatest supporters.

"As the Father has sent Me into the world I Am sending you..."