20:24 Now Thomas, called the Twin, one of the twelve, was not with them when Jesus came. 25 The other disciples therefore said to him, “We have seen the Lord.”
So he said to them, “Unless I see in His hands the print of the nails, and put my finger into the print of the nails, and put my hand into His side, I will not believe.”
26 And after eight days His disciples were again inside, and Thomas with them. Jesus came, the doors being shut, and stood in the midst, and said, “Peace to you!” 27 Then He said to Thomas, “Reach your finger here, and look at My hands; and reach your hand here, and put it into My side. Do not be unbelieving, but believing.”
28 And Thomas answered and said to Him, “My Lord and my God!”
29 Jesus said to him, “Thomas, because you have seen Me, you have believed. Blessed are those who have not seen and yet have believed.”

Too much to cover for one day so we'll just continue on with Thomas' skepticism. Is it good or is it bad? Is it wise and prudent or foolish? Again we live in a culture that values or at least claims to value critical thinking. Thinking can't possibly be bad. God gave us a brain and expects us to use it. He said through Isaiah "Come let us reason together..." Thinking is excellent. Not thinking is foolish.
The question then becomes are thinking and believing at odds? 8 days after Thomas declared he wouldn't believe the claim that Jesus was alive unless he saw Him and His scars for himself, Jesus returns. When He does He willingly shows Thomas His scars without even being asked and He follows up with what appears to be a rebuke. "Do not be unbelieving but believing".

Why? Why the rebuke? Jesus warned them over and over about being deceived. He warned that men would come claiming to be Him. How can Thomas guard against deception without critical thinking, without some level of skepticism?

It's a good question. It's a tough question. Thomas' response is one of full belief and then Jesus appears to rebuke him again. "Thomas because you have seen Me you have believed. Blessed are they who have not seen and yet have believed."

What is Jesus really saying? He can't be faulting Thomas for thinking because God values our reasoning powers and wants us to use them. Clearly Jesus thinks Thomas' reasoning powers properly employed should have brought him to belief without seeing.

Did you catch that? Skepticism claims to not need belief or faith. For the skeptic seeing is believing. However we saw yesterday that seeing can be deceptive. Furthermore seeing is only ever part of the story. I see a chair and I sit down. It's a simple act but one rooted in belief. I see the chair knowing it has the potential to hold me up when I sit down but it may not. It may have flaws I didn't see. The truth is no matter how much we see there is always more we don't see or may not see. When I was in grade 6 my friend and I built a zip line from his 2 story garage down to the deck on the back of his house. We used it successfully several times. It was a lot of fun. Each successful run was building a body of evidence that our zip line was well built and reliable. Then suddenly as I pushed off from the garage roof there was a sound of failure as I found myself plummeting to the ground below. Clearly I didn't see all that there was to see. 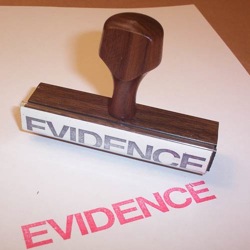 Jesus' final rebuke unlocks the entire mystery. He looks into the past and says "Blessed are they who did not see and yet believed."

Do you remember the day Jesus was talking to the Jews about Abraham in chapter 8? They were saying they were children of Abraham and Jesus said they were the children of the devil because they were just like him. Then Jesus said "Abraham longed to see My day and he saw it, and he was glad."
How did Abraham see Jesus' day? He saw it with the eyes of faith. Abraham used his reasoning abilities and combined both the evidence God gave him of His ability to do the impossible with God's promises of the as yet unseen and unseeable future. He concluded that indeed God could and would do all the things He said He would do. He would send the Seed who would bless all nations. Like the ram on Moriah caught by it's horns in the thicket the Seed would die as the sacrifice for all. Yet Abraham believed in a resurrection because a dead man can't keep any promises. Through evidence and life experiences with God Abraham saw with the eyes of faith what couldn't be seen with the human eye or touched with a human hand. Hebrews 11 says Abraham’s eyes of faith stretched even further to a City with solid foundations whose builder and maker is God. A City where he would someday live and walk and talk with the One who made it all. With his eyes of faith he knew he would not be alone in that City. All who believed from all ages would be there.

"Thomas blessed are those who have believed without seeing, who have seen the unseeable and embraced those things that are not yet as though they already are."

Thinking is believing.
Posted by Pastor Dan at 22:16