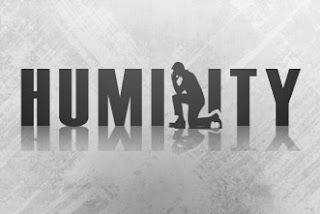 Feed My lambs. Feed My sheep. What is Jesus talking about? Does He want Peter to take over Jesus' farm after He leaves? Clearly not since Jesus never owned anything. What then? Feed the other disciples? They are self-sufficient grown men. Feed who? Feed them what?

On Friday evening we had some people over to celebrate the Sabbath and share a meal. One of them was a new guest visiting from out of town. He hadn't been here long when he said to my wife Tracey "You know about my wheat allergy right?" She didn't. However being the graceful hostess she is she evaluated what she had made that he could eat and then scanned our fridge and pantry for what she could substitute in for the things he couldn't eat. Guess what? Her only options were the food items we had on hand. She could not offer what we did not have.

Without beating around the bush I am going to go straight to the point. Humanity is the sheep. We are His lambs. The Scriptures repeat this theme of Jesus being the Great Shepherd and we His sheep over and over. The food we the sheep eat is actually Him - "I Am the bread that comes down from heaven" said Jesus.

Peter was being asked to get back in the saddle after his complete and utter denial of Jesus. What sense does that make? Why would you reinstate a complete failure and ask him to do what he will only fail at as soon as the heat gets turned up? I mean if we can only offer to others what we ourselves have what in the world is Peter going to feed anyone? Failure? Treason? Self-preservation? Quitting? Breaking down under pressure?

What does Jesus see in snub nosed Simon that I'm missing?

Humility is defined as, "A quality by which a person considering his own defects has a humble opinion of himself and willingly submits himself to God and to others for God's sake." St. Bernard defines it as, "A virtue by which a man knowing himself as he truly is, abases himself."

The irony is that before the cross Peter appeared successful and useful but after the denials at the cross appears a weak, shameful, traitorous shell of a man who can in no way serve God in any significant way. The truth is the complete opposite. Prior to the cross Peter was a full and complete man but full of himself. Pride was his food and self was his master but he couldn't see it. He couldn't see past the end of his own snub nose.

Now that he has come face to face with his true self and has seen how strong and reliable he actually is (isn't) he is in a new place. A humble place. A place of self-distrust.

The arrogance is gone. The boasting is gone. The grand promises are gone. The arguing is gone. When Peter opens his fridge and cupboards now he finds nothing of himself to feed a hungry guest. Instead he finds shelves lined with "Lord You know all things..."

Remember the woman from the wrong side of the tracks who had had five husbands and was living with a sixth and Jesus came to her in her pain and shame and offered her living water and eternal life? Remember what she fed the villagers when she returned to town? "Come and see a Man who knows everything I have ever done (and loves me anyway). She "fed Jesus" to the "sheep" in her town.

Jesus has a way of turning our disasters into the beginning of something infinitely better...
Posted by Pastor Dan at 09:47