It amazes me how many times I think I am ready to move on to the next part of the Story and God says "Not so fast..."

I have just finished reading through Genesis with someone I am studying the Bible with. The last section of Genesis is the part of the Story when Joseph who is now Pharaoh's right hand man reveals himself to his brothers. Then he tells them to return home and bring back the entire family. The family moves to Egypt and the book ends with Joseph dying of old age and just prior makes his family promise that when they leave Egypt they will carry his bones with them.

The day Joseph reveals his true identity to his brothers they are gripped with fear. The source of the fear is guilt. The source of the guilt is their act of selling their little brother Joseph to slave traders and telling their father Jacob he was dead. Now they think Joseph will get his revenge. He assures them all is forgiven and he won't. Fast forward several years and the family has all been living in Egypt. Their father Jacob dies. Again the brothers are overcome by fear and guilt and worry that now Joseph will take his revenge. Again he reassures them all is forgiven.

Do you see a pattern?

Peter has denied his Messiah, the One who had him healing the sick and walking on water. The guilt is overwhelming him. Jesus is trying to help him move past the mountain of guilt and experience forgiveness. Peter is not there yet. Finally for the third time Jesus asks "Simon do you even love Me as a brother?"

The text tells us that the question itself grieved Peter. The word translated "grieved" is the strongest possible word choice in the Greek language signifying deep, intense, severe emotional pain.

Can I just say right here that walking with Jesus is not all sunshine and daisies. There have been times when I just closed the Book because it hurt too much to continue. There have been times when I was afraid to open the book because I was afraid of what He might say to me next. Why does Jesus do that? Why does He expose the most painful corners of our soul? Wouldn't it have been easier if Jesus had just hugged Peter and said "It's ok man. I forgive you. Just forget about it. It's all in the past."

When my day was teaching me to sand on cars he showed me that you have to keep sanding until the spot is clean. A tiny rock chip when sanded down could be as large as a twonie or more beneath the remaining paint. Moisture travels from the tiny chip below the surface of the paint and rust is occurring that isn't exposed until you start sanding. It would be easier and faster not to expose all that hidden corrosion but what is hidden will always come out sooner or later unless it is dealt with.

Guilt is like rust and cancer. It works away at us from the inside out. Unless the source of the guilt is exposed and dealt with it continues to do it's destructive work. Jesus loved Peter too much to leave him in the condition he was in. Peter was stunted. He was regressing back to the man he was before he met Jesus. Guilt was literally killing him. 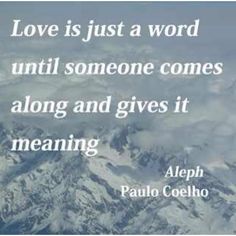 Peter needed radical intervention. The bleeding had to be stopped. The only way to stop the bleeding was to expose the wound. The wound was tricky. Peter himself was unclear where the source of the bleeding was. See Peter believed his worth was tied to his love for Jesus. He believed that his ability to love and be loyal to Jesus was where his value as a disciple was. That is why his failure to man up and support Jesus was so devastating. It wasn't just a mistake. It exposed him as having no value.

Do you see it? Jesus is saying "Your love for Me might be flawed but My love for you is unchanged. I still love you and want you and have work for you to do. My love for you and your value to Me is not based on the quality or quantity or purity of your love for Me. It is unaffected by your failures or your resulting guilt and shame. You have nothing to fear from Me Simon Peter. There may still be some Simon in you. There may even be lots of Simon in you but My love isn't rooted in that."

At the end of the day I think this truth is the hardest one of all to believe and yet the most vital. We want so badly to find within ourselves some compelling reason for our worth. We want to earn the love of God and the acceptance of others but love isn't about that.

For so loved us that He gave His only Son. Whoever believes in His boundless unchangeable love that is rooted in His character and not ours will find in that love the capacity to truly live and that life will last forever untouched by the killer ravages of guilt and shame over what we are not.

Jesus loves us so much He is willing to go to the messiest, ugliest, most painful corners of our souls and do a work only He can do. He shines the Light of His love into our darkness so we can shine again.
Posted by Pastor Dan at 10:02