21:18 Most assuredly, I say to you, when you were younger, you dressed yourself and walked where you wished; but when you are old, you will stretch out your hands, and another will dress you and carry you where you do not wish.” 19 This He spoke, signifying by what death he would glorify God. And when He had spoken this, He said to him, “Follow Me.”
20 Then Peter, turning around, saw the disciple whom Jesus loved following, who also had leaned on His breast at the supper and said, “Lord, who is the one who betrays You?” 21 Peter, seeing him, said to Jesus, “But Lord, what about this man?”
22 Jesus said to him, “If I will that he remain till I come, what is that to you? You follow Me.”

Before we can really dig into this we need to clarify some language. The terminology of 'getting dressed' in this passage has a direct correlation to work or occupation that we don't pick up in the translation. If you remember when Elijah trained and anointed Elisha to take his place the last thing he did was give him his mantle or outer garment. It was a simple gesture but carried great meaning. Today in our culture we are more apt to "pass the torch". In both cases the one who was in a certain position of responsibility is shifting that responsibility to someone else.

What Jesus is saying to Peter is that in the past and in the present he has been free to choose his mantle or torch. However the day is coming when that freedom will be taken from him and a mantle of death will be placed on his shoulders and he will, like Jesus, die with outstretched arms. The Bible never tells us how Peter died but history does. All historical sources agree he died by crucifixion in Rome. Origen adds that Peter refused to die as Jesus did, feeling himself unworthy, and was granted to be crucified upside down.

Now that we have that background information I want you to join me in picturing the scene. They are on the beach. Jesus has re-enacted key moments in their times together. A miraculous catch of fish, the meal of fish and bread, the charcoal fire and the three questions. Three times Jesus has invited Peter back into ministry with the call "Feed My sheep". I try and put myself in Peter's sandals but I struggle. The moment is intense and I get a sense of reeling and conflicting emotions. 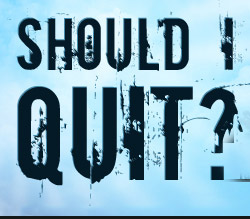 Peter had taken off the mantle of ministry with Jesus and gone back to the simple life of a fisherman. Anyone who has faced seemingly insurmountable challenges in their work has either quit or thought long and hard about it. Quitting has its benefits. The pressure is gone. The load is unhitched. The torch belongs to someone else. If you have gone downhill skiing you know the liberating feeling of removing those clunky uncomfortable boots after a long day.

However it's not always that simple is it? Some journeys you can't quit, some tasks can't be laid down, and some torches can't be passed. An illness is certainly a burden heavy to carry that can't be laid down. Like many things in life some things are relatively simple to walk away from, others are impossible and there is away whole spectrum of grey in between.

Peter was invited to follow Jesus. He was not forced or coerced. He chose to take up the mantle "follower of Jesus" and then he chose to lay it down and go back fishing. I wonder how that felt. Was it a relief? Was it expected to be a relief but instead was an aching emptiness? Was it one followed by the other?

Remember Peter leapt off the boat to get to the beach faster. It seems obvious whatever benefit Peter expected to receive from going back fishing never materialized.

Can we relate? Have we ever tried to quit or escape or go back to the familiar and comfortable only to find it wasn't comfortable anymore?

Maybe we're wrestling with quitting right now. Maybe we want to quit our job or flee the responsibility of parenting or the stresses of marriage. Maybe God has asked us to do something we think we can't face or don't want to face or feel unworthy to face.

Peter was free to quit and free to return. When he did return Jesus opened the future before him and we'll talk about that tomorrow...
Posted by Pastor Dan at 10:08