21:18 Most assuredly, I say to you, when you were younger, you dressed yourself and walked where you wished; but when you are old, you will stretch out your hands, and another will dress you and carry you where you do not wish.” 19 This He spoke, signifying by what death he would glorify God. And when He had spoken this, He said to him, “Follow Me.” 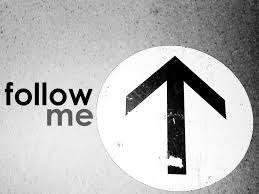 What does it mean to follow Jesus? It's a simple yet complex question. What makes it the most complex is actually what is happening in our own head. For Peter following Jesus was about far more than anything Jesus said or promised. Jesus represented centuries of finely crafted and fine-tuned expectations passed on from generation to generation. Jesus was not just a man, He was the Messiah. For the Jews and that included Peter, He was the best of all the Jewish kings of the past combined and then some. There is no historical figure in any era to compare Jesus to that would begin to illustrate the expectations the Jewish people had. Gone would be the power and control of the Romans. Gone would be their subjection to anyone. They would become the greatest nation on earth. All other nations would be subject to them. Wealth would flow like the water in the Jordan River. Whatever we think of as heaven, they expected here on earth.

Now imagine Peter. He's one of the twelve. No he's one of the top three among the twelve. Talk about an inside track to greatness. Top three below the greatest man on earth. When Peter resisted every hint that Jesus would die you can begin to understand why.

See following Jesus is often far more about our expectations than it is about actually following Him.
That morning on that beach Jesus begins to paint a very different picture of what following Him will look like. Gone on the ticker tape parades. Gone are the palaces and servants. Gone is the wealth and fame. Gone is even the free, simple, peaceful life of a fisherman.

The picture Jesus paints is bleak and ends in death, not the ordinary death of old age that awaits us all but a forced death by the hands of enemies long before his time. He ends with the same two words He used to call Peter on perhaps the exact same beach over three years earlier - "Follow Me."

It's all that and so much more. Read Hebrews 11 again to see what a life given to Jesus might look like. You'll find there is no cookie cutter answer. His mission for you will unfold with greater understanding as you take each step. Don't worry so much about the final destination. Just take whatever step He puts in front you.

The first time Peter thought he was following a man to greatness. Now he's invited to follow the same Man to a cross, his own cross. Will he go?
Posted by Pastor Dan at 09:02