John Day 280 - Looking Around or Looking Up?

21:18 Most assuredly, I say to you, when you were younger, you dressed yourself and walked where you wished; but when you are old, you will stretch out your hands, and another will dress you and carry you where you do not wish.” 19 This He spoke, signifying by what death he would glorify God. And when He had spoken this, He said to him, “Follow Me.”
20 Then Peter, turning around, saw the disciple whom Jesus loved following, (who also had leaned on His breast at the supper, and said, “Lord, who is the one who betrays You?”) 21 Peter, seeing him, said to Jesus, “But Lord, what about this man?”

We ended yesterday with Peter being presented with his future if he decided to "Feed His sheep" and "Follow Him". The picture Jesus painted was not glamorous. It wasn't even safe but boring. It certainly wasn't a future anyone would plan for themselves and it was definitely not the victorious kingdom ending he had envisioned the first time he agreed to "Follow Me".

We are not told how long the silent pause was before Peter said anything. Typically Peter was quick to speak but I just have this feeling there was a long thoughtful pause this time. When he does speak it's a question: "What about him?"

It kind of reminds me of my children. When we ask one of them to do something they don't want to do they often respond with "What about ________? What is she/he doing?" 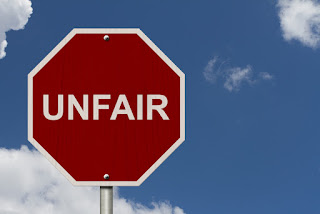 Why do we ask those kinds of questions. One possible answer is "misery loves company". However I believe it is even more concise than that. We love company. Before there was ever sin on this planet God declared "It is not good for man to be alone." We were designed for companionship. Our ability to endure hardship is more than doubled when we have someone to walk through it with us.

"Two draft horses pulling together cannot pull twice as much as one. They can actually pull three times as much. Two draft horses that can each pull 8,000 pounds alone can pull 24,000 pounds working together. The horses are teaching us a very clear lesson in teamwork..." (Horse Sense - Jim Stovall)

God Himself has modeled 2 by 2 all through Scripture. Moses with Aaron followed by Moses with Joshua and Aaron with Hur. When Jesus sent the disciples out it was always in pairs. Later He sent 70 out to do ministry and again it was in pairs. In the book of Acts as we shall soon see they traveled in teams of at least 2.

Considering two heads are better than one and that the Bible says a cord of three strands is not easily broken it is surprising how Jesus responds to Peter's question.

"That's none of your business even if he lives forever. You must follow Me."

It seems almost rude but we know it can't be. Jesus is love. Everything He says or does is rooted in love.

Just yesterday someone was upset and basically wanted to know if other people would be made to suffer as they were suffering. It's almost instinctive. However there is a danger in this thinking. When we look at others and what they are doing or not doing/experiencing or not experiencing guess where we are not looking?

I used to work at summer camp. Without fail as the weeks passed and fatigue set in invariably the kitchen staff and the counselors would all become convinced that they each worked harder and longer than the others. It wasn't fair that the kitchen staff had to start so early. It wasn't fair that when the counselors were working all day the kitchen staff had time to hang out on the beach. The irony of it all was no matter which side of the argument any of us were on we applied for and signed up for the job we had. The jobs were different and the hours were different but it was our choice.

Jesus was not addressing companionship or teamwork. He was making it clear to Peter that the calling was to follow Him, not anyone else. In doing so the path may differ a little or a lot from the path others were on. None of that mattered. The call was to follow Jesus.

If you read Hebrews 11 you quickly saw that no two paths are the same. Some paths were quite "successful". Others were called to suffer and die. Each path was critical and each person contributed to the success of God's plan to save as many of us as possible.

Remember what Jesus said: "In this world you will have trouble but be of good cheer because I have overcome the world." If we stick to following Him we will end up with Him in victory no matter how this life goes.