21:23 Then this saying went out among the brethren that this disciple would not die. Yet Jesus did not say to him that he would not die, but, “If I will that he remain till I come, what is that to you?”

Christian culture is full of sayings and ideas that never originated with Jesus, nor are they found in the Bible. Here is a sampling:

"Cleanliness is next to Godliness"

"God helps those that help themselves"

"The lion will lie down with the lamb"

"By beholding we become changed"

"Hate the sin, love the sinner"

"This too shall pass"

"Money is the root of all evil" 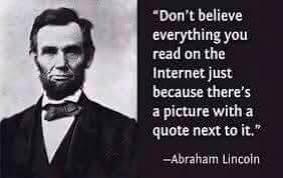 There are also common teachings in Christianity that never came from the Bible either. The idea that we have a soul which can exist apart from our body is nowhere to be found in the Bible. Keeping Sunday as a sacred day of worship isn't in there either. Going straight to heaven or hell at death is also not in there because the whole idea that we are immortal and go on living forever in some place in some form no matter what our choices were here in this life is also not in the Bible.

The biggest reason why the disciples and everyone else argued with and disagreed with Jesus on so many issues is because they got their beliefs from religion and culture rather than from God's word. That's why Jesus said back in chapter 8 "You will know the truth and the truth will make you free and you will be free indeed."

The little misunderstanding about John living forever illustrates how easily and quickly we jump to conclusions and then build a whole belief system around our assumptions and false conclusions.

Jesus came as a Light, to illuminate the darkness, replace error with truth, and lies with promises. He loved everyone so much that He refused to leave us in our confusion and misconceptions. Truth matters. Ultimately it matters most because everything we believe says something true or false about the character of God.

I'm asking us to do two things. First we must be willing to expose all our beliefs to the test of God's word. Secondly we need to guard continually against jumping to false conclusions based on half truths mixed with large helpings of speculation.

Imagine someone losing their faith in God because John died when Jesus said he would live forever... Truth matters. Tell the truth always. Check everything you hear to make sure how true or untrue it is and most of all get familiar with what Jesus actually said about life and death and love and hope. He alone has the words of eternal life.
Posted by Pastor Dan at 09:02