3:14 "...the Son of Man be lifted up, 15 that whoever believes in Him should not perish but have eternal life. 16 For God so loved the world that He gave His only begotten Son, that whoever believes in Him should not perish but have everlasting life. 17 For God did not send His Son into the world to condemn the world, but that the world through Him might be saved.
18 He who believes in Him is not condemned; but he who does not believe is condemned already, because he has not believed in the name of the only begotten Son of God. 19 And this is the condemnation, that the Light has come into the world, and men loved darkness rather than Light, because their deeds were evil."

This is it. 284 days and the journey through John has come to an end. I knew all along that I would wrap the Story up with this passage because contained in it are two of the three major themes and the third is there too even if not overtly.

John wrote about the Light that has come into the world. That Light is the great I Am. He met Moses in the bush that burned but didn't burn up. He met Abraham to announce the soon arrival of Isaac. He met Adam and Eve in the garden to unfold the plan for their rescue. The Seed promised to them was promised to Shem and then to Abraham, Isaac, Jacob, and finally to Judah.

Judah not because he was perfect or even deserving. Judah was the family line through which Jesus would come because when his little brother's life was on the line he stepped in and took the punishment due Benjamin. That act was a foreshadowing of the Lamb of God who takes our stripes as Isaiah proclaimed would happen in chapter 53 of his book.

Jesus is not the enemy of the Jewish faith but rather the fulfillment of all the promises made from Genesis to Malachi.

John breaks it all down using three major themes:

1, Jesus is the Light that stepped down into our darkness 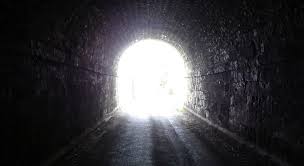 2, Jesus is the I Am that fulfills every need we have. Search John's gospel and you will find Jesus either saying or someone else saying about Him the following: I AM the Lamb, the Light, the Bread, the Water if Life, the Way, the Truth, the Life, the Good Shepherd, the Door/Gate, the Resurrection, the True Vine and before Abraham was, I AM.

3, All we need to do is believe in Him and we pass from death to life. In chapter 6:29 he declares it most succinctly outside of the famous John 3:16. "This is the work of God, that you believe in Him whom He has sent." 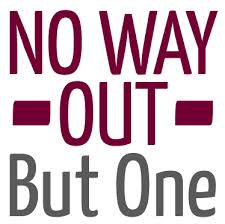 It's ironic to me that some will say this "just believe" business is too easy, too shallow, almost meaningless. The truth is I meet people all the time who struggle deeply with believing. They carry guilt they can't believe Jesus has or even can forgive. They are infected with addictions and desires they don't believe Jesus can both forgive and heal.

The sad part is when the Light of His character shines into our darkness many of choose to stay the course. A kingdom where love reigns supreme is a fate worse than death for them. To give rather than take, to love rather than hate, to put everyone else ahead of ourselves seems a kind of hell for them. When Judas figured out what His kingdom is like he bailed. A place where women are equal, and borders don't exist between races was too much for him. A God who healed foreigners and ate with outcasts was Light that interfered with his dark designs.

Today leaders are rising up who want to build walls instead of bridges and barriers against "undesirables". The sad part is they are getting votes. Lots of them. Seems many still prefer darkness to Light. Narrow is the way to life but broad is the highway of hate.

Which path will we choose?

I choose to believe that God can brighten every evil corner in the darkest places of my heart and restore me to the man Adam was designed to be.