1:14 These all (the eleven disciples) continued with one accord in prayer and supplication, with the women and Mary the mother of Jesus, and with His brothers.

When you examine the accounts of Jesus life written by Matthew, Mark, Luke, and John you find a consistent pattern. His family didn't agree with, understand, or approve of what He was doing and saying. The first time He returned home to Nazareth to preach the congregation literally wanted to kill Him.

It was partially understandable when you consider His message to them:

Luke 4:23 He said to them, “You will surely say this proverb to Me, ‘Physician, heal yourself! Whatever we have heard done in Capernaum, do also here in Your country.’” 24 Then He said, “Assuredly, I say to you, no prophet is accepted in his own country. 25 But I tell you truly, many widows were in Israel in the days of Elijah, when the heaven was shut up three years and six months, and there was a great famine throughout all the land; 26 but to none of them was Elijah sent except to Zarephath, in the region of Sidon, to a woman who was a widow. 27 And many lepers were in Israel in the time of Elisha the prophet, and none of them was cleansed except Naaman the Syrian.” 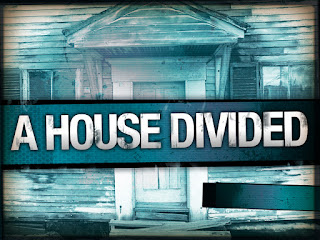 Not exactly the way to win friends and influence people... Now imagine you are Mary. You more than anyone know what a miracle this Son is. How excited she must have been that He was returning home! How proud she must have been to have Him reading from the scroll in the Synagogue and preaching the sermon. I'm sure she invited everyone to come. I'm sure she brought several of her best dishes to share at potluck. I'm sure she and Jesus' brothers had their best clothes washed and pressed. This was in many ways the largest event of their lives. Perhaps they were expecting and for sure hoping that He would announce His new kingdom right there in Nazareth. Would they dare hope that He may even move the capital from Jerusalem to Nazareth? Would He have a palace built? Would they live there with Him?

See how fast our imaginations can run wild creating false hopes and dreams?

The sermon started so well too. He read from Isaiah about God setting captives free and giving sight to the blind. This was it! He WAS going to announce His new kingdom of peace and prosperity, free of disease or any other issues.

But then His sermon went sideways fast. He began to say some hard things. He told them basically that God has more followers among the foreigners than He does in Israel and that His own people would turn on Him.

Mary and his brothers must have froze. I can imagine the angry eyes of the crowd flashing back and forth between Jesus and His family. They must have wanted the synagogue floor to open and swallow them.

From that time on there was tension between Jesus and His family. They saw Him as causing trouble where there need not be any and building walls of resistance unnecessarily. They couldn't understand why He wouldn't work with His own people and religious leaders and set up the kingdom everyone had been waiting for. The tension got so bad that one day His mother and brothers came looking for Him to confront Him. Jesus was told His mother and brothers were outside waiting to see Him. He looked around at the people who were with Him and said "These are my mother and my brothers."

Jesus is now gone and has asked His followers to wait for His Spirit, to wait for the dynamite. Guess what? His mother and brothers are risking their personal lives and safety to be counted among His followers. Somewhere along the journey they began to believe in His kingdom of the heart.


Be true to God and His calling on your life. Many won't understand but give them time. Don't try to appease them. Live with integrity and follow His leading. He'll work with your family. They'll be there in the end.
Posted by Pastor Dan at 08:30