2:5 And there were dwelling in Jerusalem Jews, devout men, from every nation under heaven. 6 And when this sound occurred, the multitude came together, and were confused, because everyone heard them speak in his own language. 7 Then they were all amazed and marveled, saying to one another, “Look, are not all these who speak Galileans? 8 And how is it that we hear, each in our own language in which we were born? 9 Parthians and Medes and Elamites, those dwelling in Mesopotamia, Judea and Cappadocia, Pontus and Asia, 10 Phrygia and Pamphylia, Egypt and the parts of Libya adjoining Cyrene, visitors from Rome, both Jews and proselytes, 11 Cretans and Arabs—we hear them speaking in our own tongues the wonderful works of God.” 12 So they were all amazed and perplexed, saying to one another, “Whatever could this mean?”

Easy to read past this quickly and assume it has little or nothing to do with me or our time and place. But then I look at our world today and I smile. I smile because I know the wind will soon blow here and the fire will fall. I smile because in spite of all the fighting, prejudice, terrorism, fear, uncertainty, and chaos there are still devout men and women from every nation under heaven. God will find a way to reach them all. Each will hear His message in their own language.

I do not know exactly how He will do it. I do not exactly when He will do it, but I am certain that He will. Regardless of nationality, gender, colour, or any of the other ways we classify and divide ourselves we are all His children and when the time is right He will gather us and as Jesus said "There will be one fold and one Shepherd." 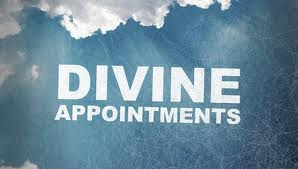 It's important to recognize that the circumstances that made this moment possible and the moment itself were not orchestrated by any man. It was not some brilliant strategy hatched in that room by the 120. They were as much spectators as the crowd. Their only part was that they were following. They were cooperating. They positioned themselves through obedience and submission to have front row seats in this amazing unifying display of the love and power of God. The crowd had positioned themselves through obedience and submission to come to Jerusalem from all over the world to worship on this special day. They could have stayed home because finances were tight or the barn needed work or because Susie had an appointment but they didn't let any of those life pressures stop them.

Several times I found myself extremely blessed by the comfort and presence of God in places I almost didn't go. Circumstances and legitimate excuses almost prevented me. In those moments of experiencing Him two thoughts occur to me. "What if I hadn't come?" and "How many times have I missed such experiences because I didn't obey and submit and go?"

Sometimes these moments are at the bedside of a dying person. Sometimes they are at the home of someone God prompted me to visit. These moments of His undeniable presence can't be manufactured or planned. They come seemingly spontaneously and unexpectedly yet they always have one factor in common. They always happen when I am in the center of His will. They happen because I chose to listen and follow.

Amazing events are soon to take place. Most will miss them because they never positioned themselves through submission and obedience.

Where will you and I be when the wind shakes this world and devout men and women from every nation hear His voice in their own language?
Posted by Pastor Dan at 08:41