Acts Day 2 - The Dawn of a New Reality

1:4 And being assembled together with them, He commanded them not to depart from Jerusalem, but to wait for the Promise of the Father, “which,” He said, “you have heard from Me; 5 for John truly baptized with water, but you shall be baptized with the Holy Spirit not many days from now.” 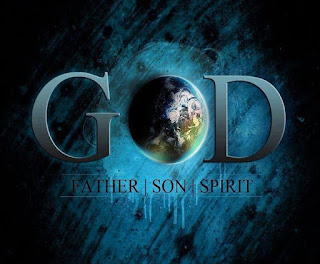 On the night of what is commonly referred to as the "last supper" much of what Jesus had to say centered around His departure and His Replacement. I hesitate to use that word for the Holy Spirit, the Helper/Teacher, the Comforter is much more than a temporary replacement. He has been part of Elohim since eternity past. Elohim is the plural word for God first used in Genesis 1:1. In the beginning Elohim created the heavens and the earth. It then goes on to say that the Spirit of Elohim moved upon or hovered over the surface of the waters. Later on day six of the creation account, Elohim said "Let us make mankind in our image".

The Bible does not shy away from the fact God - Elohim - is more than One Being. As the Story unfolds we discover there are three Beings that make up Elohim. One is God the Father, the second is God the Son - Jesus, and the third is God the Spirit, whom Jesus is referring to here in Acts. You will remember that in the moment Jesus came up out of the water at His baptism God the Father spoke from heaven and God the Spirit came down on Jesus in the form of a dove. (We'll talk more about the reason for that on another day).

When you examine the Old Testament closely you discover that both Jesus and the Spirit of God have been active on the earth from the very beginning. Jesus, beginning with His visit to Adam and Eve after they ate from the forbidden tree, has personally visited individuals at various points in sacred history. He came to personally announce to Abraham the imminent birth of Isaac. He came to Joshua as Commander of the Lord's army. He came to Manoah and his wife to announce the birth of Samson and those are just a few examples. Speaking of Samson, he is a clear example of the work of the Holy Spirit in the Old Testament. Samson was not strong by virtue of a muscular physique. He was only strong when "the Spirit of the Lord came upon him".

King David prayed after his sins of adultery and murder "Don't take your Holy Spirit from me."

Now coming back to the words of Jesus at the 'last supper' He said referring to the Spirit - "He is with you but He will be in you." This is sanctuary language but that too will have to wait for another day. Later in 1 Corinthians Paul wrote - "Do you not know that your body is a temple (sanctuary) for the Spirit of God?"

"Wait for the promise of the Father... you will be baptised with the Holy Spirit..." - Jesus