2:22 “Men of Israel, hear these words: Jesus of Nazareth, a Man attested by God to you by miracles, wonders, and signs which God did through Him in your midst, as you yourselves also know— 23 Him, being delivered by the determined purpose and foreknowledge of God, you have taken by lawless hands, have crucified, and put to death; 24 whom God raised up, having loosed the pains of death, because it was not possible that He should be held by it. 25 For David says concerning Him:

‘I foresaw the Lord always before my face,
For He is at my right hand, that I may not be shaken.
26
Therefore my heart rejoiced, and my tongue was glad;
Moreover my flesh also will rest in hope.
27
For You will not leave my soul in Hades,
Nor will You allow Your Holy One to see corruption.
28
You have made known to me the ways of life;
You will make me full of joy in Your presence.’ (Psalm 16:8-11) 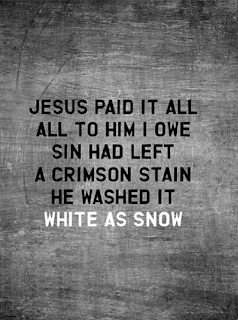 The awkward, hopeless, uncomfortable and despairing Sabbath came to an end. For those seemingly endless hours when time seemed to stand still it felt like that day and that feeling would never end. For three and a half years hope had been building. The crowds were increasing. The miracles were piling up. This illegitimate son of Mary, this carpenter from no good Nazareth seemed to be the One. Like King David it seemed completely impossible at first. Both were the most unlikely candidates to be heros yet the evidence was undeniable. His words had a power about them no one had ever experienced before. His eyes were filled with love and compassion even though it seemed like they saw through every secret and hidden corner of your life. He feared nothing and no one yet He never used His strength or power against anyone. He could feed thousands with next to nothing and have far more left over than He started with. He could walk on water, tell the weather what to do, and escape every trap His enemies set for Him. What a king He would make! Who could defeat Him?

A week previous He had ridden into Jerusalem on a colt, a sign of His kingship in that time and culture. The crowds welcomed Him. The excitement was palpable. The men in power were panicked. His coronation appeared imminent. It was only a week ago but felt like a distant hazy dream.

As the week progressed the excitement built in the city, the panic and plotting against Him intensified behind the scenes. A clash seemed unavoidable but what difference would it make? Jesus was undefeatable. Except for one nagging problem... He kept telling His disciples He was going to die. Three times that week He took them aside and warned them His death was coming at the hands of the religious leaders who would hand Him over to the Romans.

It was information they could not process. They grew up under these leaders, attending their synagogues, all part of the same nation and faith. The thought of Jesus dying now was impossible to take in, never mind the means by which it would happen. Then came the final unthinkable blow. He would be betrayed by one of the twelve... impossible!!!

A cloud settled over them. What had been the unfolding of their greatest dreams was turning into the most unimaginable nightmare.

The worst part of it all is that it was completely avoidable. No not His death or the means by which it came. It was the cloud that was entirely avoidable.

With the warnings of His death was also the promise that it wouldn't last. Sunday would come. The darkness would end. In their own sacred writings it was foretold. From the dawn of humanity it was played out that the Lamb must die yet the Story was never to end there...

As with them so with us. We become overwhelmed by present darkness because we fail to keep our eyes on the unfolding Story. We like they have not hid His Word in our hearts. Storms blind us to His promises and waves of doubt sweep over us. It does not ever need to be this way.

We'll continue tomorrow to explore the beautiful truth that Sunday came then and our Sunday will come too!
Posted by Pastor Dan at 09:09