1:6 Therefore, when they had come together, they asked Him, saying, “Lord, will You at this time restore the kingdom to Israel?”

Being a parent has given me a microscopic view of the scope of the challenge God has on His hands attempting to teach us. As a parent you get asked questions - a lot. You take time to explain the situation or the process. Half way through you are told "I know that". This begs a question. "If you know, why are you asking me?" So you finally let them attempt whatever it is they were asking for help with. Almost immediately they run into trouble. Why? Because first of all they never let you finish explaining because "they knew how" and secondly they completely ignore the part you did explain.

I wish this phenomenon was limited to children. At least then we could look forward to them growing out of it. However experience has taught me otherwise. Too often people are looking for support to do what they are going to do anyway, not for help or guidance.

This brings us to today's verses - perhaps one of the most staggering "did they really just say that?" verses in the entire Bible.

Jesus is a king. He promoted a kingdom His entire ministry. Most of His stories, parables, and teachings began with the phrase "The kingdom of heaven is like..." He openly stated "My kingdom is not of this world." Never once did He suggest He was going to set up a kingdom here. In addition He spent His life modelling His kingdom. It is a place with borders, without racial discrimination, without gender bias, without seeking top spot, without slavery, without disease, without basically everything that is normal here.

Have you ever noticed we only decry injustice when we're on the bottom yet when those on the bottom find their way to the top they wield the same injustice they decried when they were there?

Jesus has been a kingdom of heaven ambassador. Acts opens with Jesus again using the 40 days after his resurrection to continue teaching the disciples about His kingdom. Jesus is about to leave. The 3.5 year apprenticeship is over. Graduation is imminent. Their degree is practically in their hands. They have one last question for their Rabboni before class is dismissed. "Lord will you at this time restore the kingdom to Israel?" 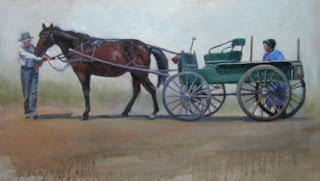 If I were Jesus I'm not sure what I would have done at this moment. I'm not even sure what to compare it to. Perhaps it would be like doing an apprenticeship with Benz or Ford at the turn of the 19th to 20th century. The entire focus of the degree was to transition the world from horses and buggies to powered motor cars. Day after day Ford talked about this new Era. He modeled it. He took people from every walk of life and showed them the benefits. He taught his 12 best students how to make powered motor cars themselves. He taught them how to teach others how to use them. Everywhere they went it was like a revolution. Crowds followed them. Some were curious and some genuinely believed this was the way of the future. However others dogged their every step. They looked for ways to sabotage their technology and sour people against them. They wanted to protect the old ways and make sure things stayed as they had been. After all, what would they do with their massive horse industry and buggy factories should everything change? 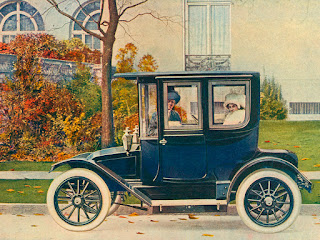 Imagine those 11 students (one dropped out) asking Mr. Ford or Mr. Benz at the end of the program:

"Are you going to unveil the iron man horses and the super buggies now?"

Do you see the challenge God has? We are a stiff necked and stubborn people. We have a one track mind firmly entrenched by years and generations of accumulated ideas that are completely contrary to His kingdom.