17:26 And He has made from one blood every nation of men to dwell on all the face of the earth, and has determined their pre-appointed times and the boundaries of their dwellings, 27 so that they should seek the Lord, in the hope that they might grope for Him and find Him, though He is not far from each one of us; 28 for in Him we live and move and have our being, as also some of your own poets have said, ‘For we are also His offspring.’ 29 Therefore, since we are the offspring of God, we ought not to think that the Divine Nature is like gold or silver or stone, something shaped by art and man’s devising.

God. He can be a touchy subject. Some choose to believe He does not exist although a philosopher would say that to deny the existence of someone is to affirm their existence.

It is my firm belief that the reason some deny Him is because they misunderstand Him. For this I do not blame them. Among those who profess to believe are multiple descriptions and pictures of Him. Why? Because we create a God of our own choosing. That's what idolatry really is. We fashion God into what appeals to us. 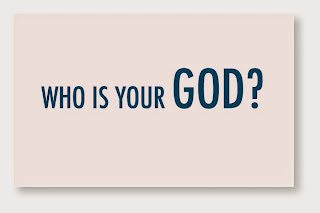 The Greeks had multiple gods. Some of them appealed to some people more than others.

Into all this confusion stepped Paul. He used the admission that there was an unknown God to speak to them about the One True God. He made one basic point. We are the creation of His hands. He is not the creation of our hands.

What we believe is up to us. However what we believe does not change what is. What we believe will deeply impact how we live but it won't change ultimate truth. Recently a woman ate a mushroom she believed was safe and edible. Turns out it wasn't and she died. Her belief caused her to eat but it did not change the poisonous properties of the mushroom.

Independent of what I say or believe, God is. He us unchanging and unchangeable. He has done everything possible to have each one of us stumble across His path even though He was never far from any one of us.

If you want to know what He is like, look at Jesus. If you see Him you see God. Watch Him stoop to help a stranger in need. Watch Him defend the defenseless and treat with dignity the downtrodden. Watch Him cross the tracks to help those on the other side. Watch Him break down the traditions and rules man made and uplift the truth about His Father. Watch Him die just so you can have the freedom to choose God or spit in His face.

Beliefs vary widely but He remains. He created the gold, silver, and stone. Before we were He always was.

You will search for Him and you will find Him when you search with all your heart.
Posted by Pastor Dan at 07:33