17:32 And when they heard of the resurrection of the dead, some mocked, while others said, “We will hear you again on this matter.” 33 So Paul departed from among them. 34 However, some men joined him and believed, among them Dionysius the Areopagite, a woman named Damaris, and others with them.

Three reactions to the revelation that Jesus rose from the dead: mockery, a willingness to consider the possibility, and full belief.

I make this point because God does not expect blind followers or blind faith. Anyone who follows quickly without reasoning it through and having a strong basis for their faith will just as quickly follow the next new thing that comes along.

Consider Peter. There is an account of the day he became a disciple or follower of Jesus. He had been fishing all night. He and his crew had caught nothing. In the morning they were coming to shore to call it a day and clean their nets. Jesus was there and he told Peter to go out and fish again. Peter hesitated. He explained to Jesus why it wouldn't be of any use. However he could see that Jesus was serious and he said "but because You say so, I will." Long story short they catch so many fish the boat can't handle them all and Peter agrees that morning to become His disciple.

To one who didn't know better it seems like a chance encounter. It seems like Jesus just picked out a random fisherman, showed him a "trick" and then invited him to follow Him. It only seems that if you don't know the rest of the story. Jesus has been to Peter's house for a meal prior to this. Jesus had healed his mother-in-law who was sick. The town found out and brought all kinds of sick people to Jesus and he healed them right at Peter's house. Peter and Jesus were not strangers. It was not a random encounter on the beach that day. It may not even have been the first time Jesus asked Peter to join Him in ministry.

When we are introduced to Abraham's offer from God in Genesis 12 to "Go to a land I will show you" it seems sudden and random. However it wasn't. When you read the verb tense carefully it says "The Lord had (past tense) said to Abram..." Time passes between the call and Abram's response. God gave him time to think it over. There was history between them.

How about the demoniac in the cemetery near Decapolis? A collection of ten cities on the far side of the Sea of Galilee that were hostile to anything Jewish. Jesus sneaks over, heals this guy and then leaves again. As He is leaving the healed man wants to come with Him. Jesus refuses. He says to him "I want you to return home and tell your family and friends what the Lord has done for you."

Some time later Jesus returns to the area and the people are ready to receive Him. Why? Because the demoniac prepared the way. He was link between the foreign Jew named Jesus and these formerly hostile people. 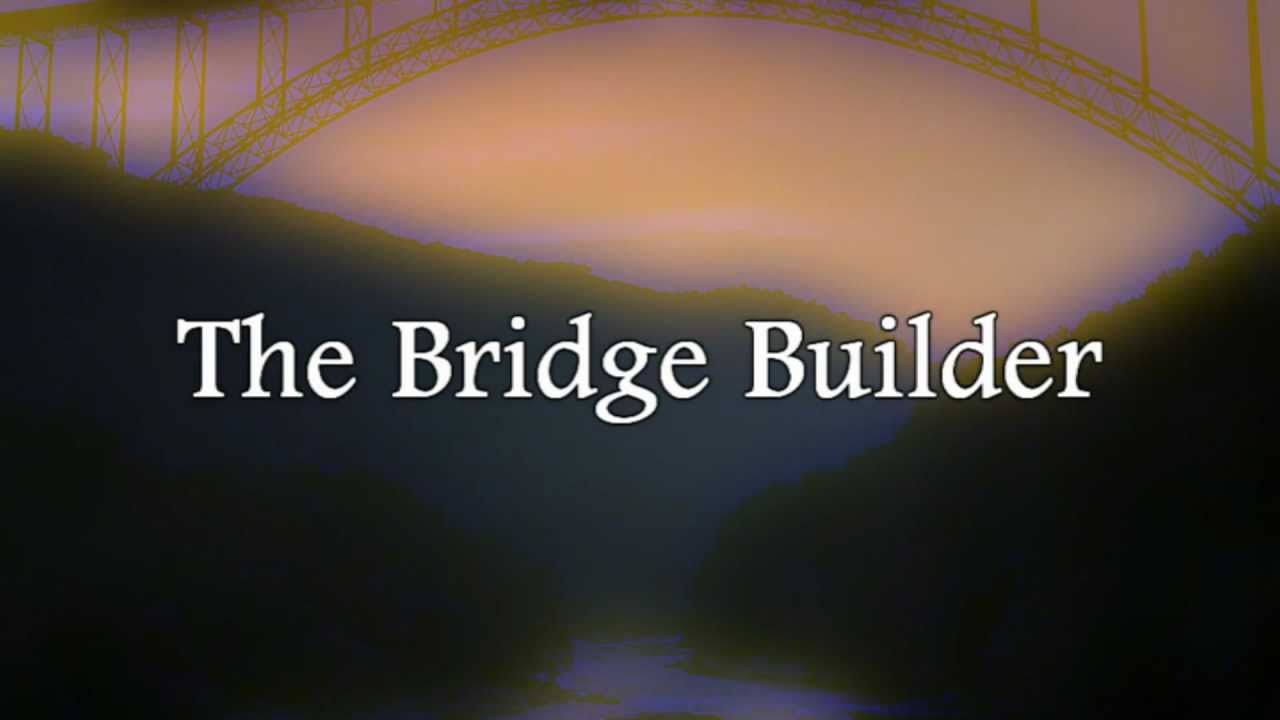 See God never pushes Himself on anyone. He builds bridges and then invites us to cross over and join Him. Your first encounter might find you mocking. It might even find you hostile. Paul had been a Christian killer. God is not discouraged by our resistance. He just keeps building bridges. It's up to us if we cross or just keep torching them.

One of my best friends is a guy that at first I thought I hated. I could never even consider hating him now just as I could never consider walking away from Jesus.
Posted by Pastor Dan at 13:23