23:2 The high priest Ananias commanded those standing beside him to strike him on the mouth. 3 Then Paul said to him, “God is going to strike you, you whitewashed wall! Do you sit to try me according to the Law, and in violation of the Law order me to be struck?” 4 But the bystanders said, “Do you revile God’s high priest?” 5 And Paul said, “I was not aware, brethren, that he was high priest; for it is written, ‘You shall not speak evil of a ruler of your people.’”


6 But perceiving that one group were Sadducees and the other Pharisees, Paul began crying out in the Council, “Brethren, I am a Pharisee, a son of Pharisees; I am on trial for the hope and resurrection of the dead!” 7 As he said this, there occurred a dissension between the Pharisees and Sadducees, and the assembly was divided. 8 For the Sadducees say that there is no resurrection, nor an angel, nor a spirit, but the Pharisees acknowledge them all. 9 And there occurred a great uproar...


The purpose of this meeting was for the commander (who was neither a Jew nor a Christian) to determine why they wanted Paul dead. Think about that. Put yourself in the shoes of that Roman commander. All of the sudden you were called to the Jewish temple by a murderous uproar. One man is the focus of attention. You don't know who he is and you can't figure out why they want him dead. In order to try and figure it out you have your soldiers pull him from the mob. As soon as he is close enough to you he asks in perfect Greek to address the crowd. You are shocked. You thought he was an Egyptian rebel.


Eager to learn what is happening you give him permission to address the crowd. He begins to speak, only this time in perfect Hebrew. The ground goes so quiet you can almost hear them breathing. The man begins to tell his life story. He is a Jew, a Pharisee, trained under the well known and respected Gamaliel. He grew to be a zealous Jew, working to put a stop to the rise of Jesus followers by force. Then one day he was struck blind by a great light and heard God speak to him. He realized he had been working against God and that Jesus was indeed the Messiah, the Anointed One. He did a complete turnabout and became His disciple. He went to Jerusalem but there God spoke to him again and told him to go to the Gentiles because if he stayed in Jerusalem they would kill him just as he had helped kill Stephen.


It was at that moment that the silent crowd again became a murderous mob. You don't get it. Why are they infuriated? Again you have your men pull him to the safety of the barracks. You decide to beat the truth out of him so you can get to the bottom of this as quickly as possible. That plan is quickly thwarted when you discover this Greek speaking, Jesus following Jew is a Roman citizen.


The law prevents a beating or any kind of punishment without a fair trial. Since you have no idea what is the cause of the uproar you arrange a meeting between Paul and the religious leaders. Paul begins by stating he has lived his entire life with a clear conscience before God and suddenly a man comes flying at him with a fist to the mouth. What is wrong with these people?!!


Before the dust from that fully settled Paul declared he was a Pharisee and the real reason he was under attack was because he was because he proclaimed the hope of the resurrection. Seemingly before the last syllables even fell from his lips the Jewish assembly turned on each other in the same way they had turned on Paul! 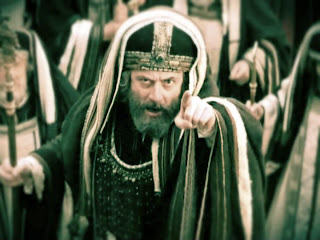 What is wrong with these people?!!!


Can you see it better from his shoes now? He is not Jewish nor a Christian. He is a Roman trying to do his job surrounded by people that appear to be insane.


What do we look like to our friends, neighbours, coworkers, or strangers that see our actions but can't figure out why we do what we do or believe what we believe? What do you think he told his wife when he went home after that? What kind of a reputation do you think the Jews had among the Romans?


What do you think Americans think of Adventists when they learn we still have racially segregated churches and conferences? What do you think the world thinks when they see us arguing for years about women's ordination? What do they think of us spending over a million dollars to study the issue for two years only to ignore the results of the study and hold to tradition?


What do you think they think of our word wars on social media platforms? What will happen if we keep going down the road we're on and start splitting our church into the "loyalists and rebels" based on where we stand on this one topic?


Do you think we'll win them to Jesus?


What do you think Jesus thinks of it all?


And to think the whole mess with Paul all started with bad theology that clung to the past and was then fueled by gossip.


Surely in 2016 and beyond we are wise enough to not hang on to traditions without roots and tear each other apart in a gossip fueled arena?


I can tell you this. Mobs may not be common in our culture yet but the sea level of human anger is rising. Riots are more and more common. Our ability to have calm, rational, reasoned discussions is ebbing away. I am praying we will not become a spectacle of raging fools in front of the watching Romans who can't even figure out what all the fuss is about but I am not hopeful. :(
Posted by Pastor Dan at 14:34